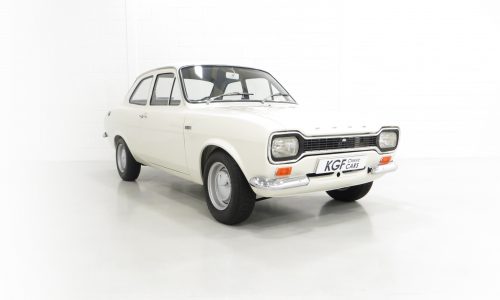 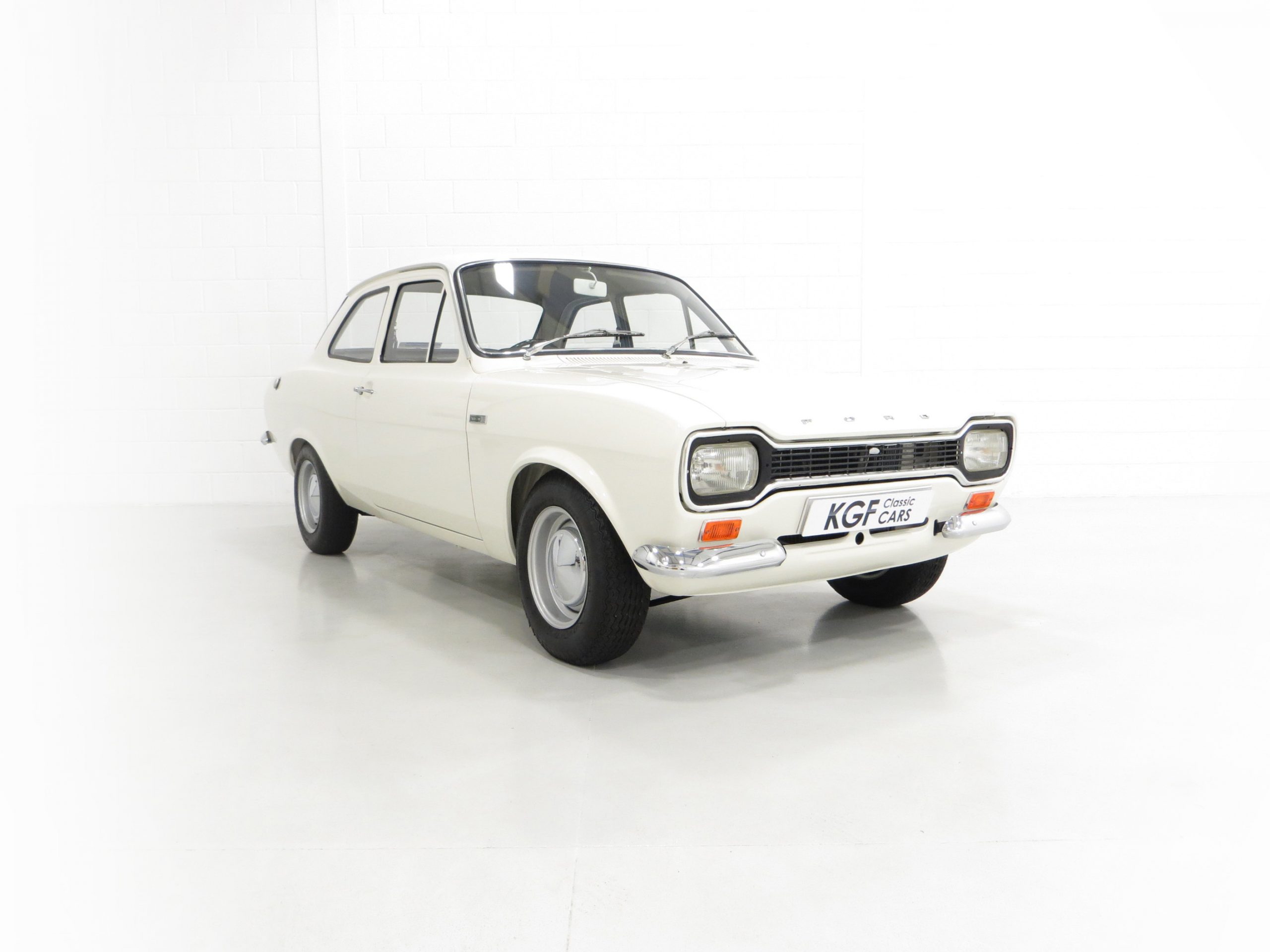 MODEL HISTORY
Prior to the Advanced Vehicle Operations (AVO) plant at Aveley was opened all Twin Cam Escorts were constructed at Fords Halewood factory. On the same assembly lines as other Escorts, through body assembly, paint and trim areas until the point mechanical components were added. At this stage they would be taken off the line into a separate small workshop where a dozen specially chosen workers were ready to slot in the unique components. Roger Clark took a ‘works’ Twin-Cam, registered XOO262F to its first international rally in April 1968 and Group 2 homologation was achieved on the 1st May 1968 when Ford convinced the authorities that 1000 cars had been made. By the middle of the year Twin-Cams were winning in rallies and on the race track. Queues built up and order books lengthened and most cars once delivered were usually rushed into a workshop, stripped and modified for a particular purpose. A total of 1,263 Twin Cams were produced at Halewood but this early car is one of 883 with the BB49 chassis number and rectangular lights.

EXTERIOR
This early Twin Cam still has its factory Type 49 strengthened bodyshell finished in glorious Ermine White, (Code AB), as detailed on the original chassis and AVO plates. The paintwork is simply stunning and extends to a colour coded impeccably detailed underside. Such is the show winning standard and correctness, this car was invited onto the official AVO Owners Club stand at the 2019 Lancaster Insurance NEC Classic Motor Show. Panel gaps and shut lines are millimetre perfect thanks to work carried out by renowned marque expert, ASM Restorations, now quoting 12 months waiting list for new work. Only fitted to early cars are the original rectangular Lucas headlamps and all other lenses and glass are genuine FoMoCo items. The external lockable bonnet release button, one windscreen washer nozzle mounted in the bonnet are early car features and the starting handle hole is missing the rubber grommet correct for car prior to January 1970. With almost no clues to the special nature of the car other than Twin-Cam badges on the flanks and flared front wheel arches this Club registered, factory correct, very rare and immaculate car is the real deal.

INTERIOR
Simplicity and functional in every respect. An interior perfect to factory specification retaining virtually all original, date correct trim, instrumentation and switchgear. The heavy lateral fluting Black Vinyl, (Code D401), seats with push button controlled tipping are unmarked. The door cards are not reproduction and have the early padded block type stitched effect design, even the carpet is the original six-piece set! All gauges operate including the 140mph speedometer and 8,000rpm rev counter, within the satin chrome finished binnacle requiring calibration. The small metal Ford oval is fitted to the inner passenger-side doorstep. The pristine boot area houses the floor mounted spare wheel on top of the Hardura boot mat, car battery, jack and wheel brace in the fawn muslin bag and a very rare Rally Equipment option, an auxiliary touring fuel tank an extra 9 gallons of fuel, doubling the escort fuel capacity. Perfect in every way.

ENGINE & TRANSMISSION
Taken directly from the Lotus Cortina Mk2, the chain driven DOHC 1558cc engine built by Lotus at Hethel, near Norwich produces 109.5bhp. Lifting the bonnet reveals why these cars are so special with the power plant tilted at an angle to fit and a host of modifications unique to the Twin Cam and to get everything into place. Correct features are seen everywhere from the engine stabiliser bar unique to the Twin Cam and plenum drain on the bulkhead to the cheese wedge washer bottle and three-eared oil cap. A reassuring sight is the original AVO plate or colour plate and chassis plate, not reproduction items. The suspension top plate also has the chassis number visible. A Ford Type-3 four-speed gearbox with three-rail shift mechanism and remote change, also known as the 2000E box, offers precise crisp changes and the hydraulic clutch is light with the correct combined brake/clutch master cylinder mounted in the engine bay.

HISTORY FILE
Built at the Halewood factory in October 1968 this early BB49 chassis number Twin Cam is registered with the Ford AVO Club and certified as a rare surviving example still with its original Type 49 bodyshell. First registered on the 1st May 1969, such is the condition and factory perfect credentials, it was asked to be featured on the AVO Owners Club stand at the 2019 NEC Classic Motor Show by Twin Cam Registrar, Mark Heath. Mr Heath recalls the car from earlier days when it even featured green stripes! An A4 folder with invoices and MOT certificates dating back to 1975 are included along with supplementary workshop manuals and other period booklets. With just four former keepers recorded and ownership with credible Ford RS Enthusiasts all with amazing collections, this car represents the pinnacle of any Ford stable.