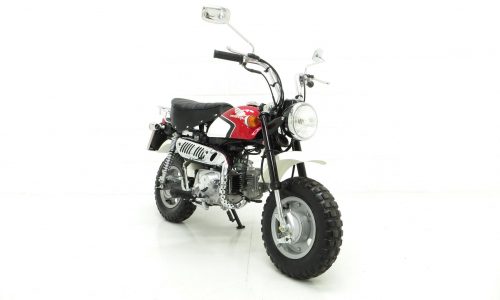 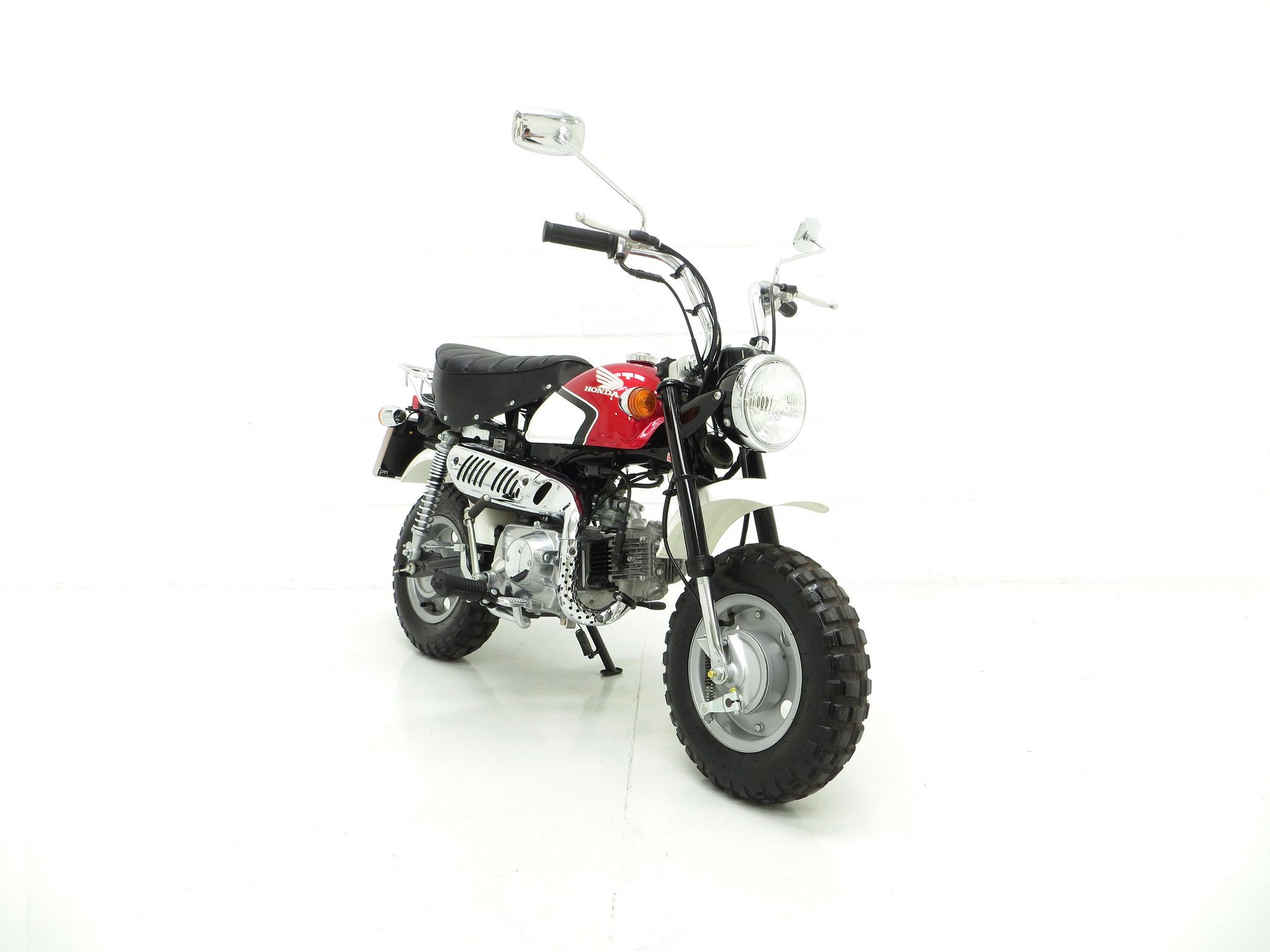 MODEL HISTORY
The Honda Z-Series was a line of mini motorbikes manufactured by Honda Motorcycles.  Introduced in 1961 as the Z100, the bikes were originally produced as a children’s ride at the Tama Tech amusement park which was owned by Honda.  In 1964 the minibikes, later renamed Z50, were put into mainstream production that was to last for over 50 years until 2017.  The initially unofficial nickname of ‘Monkey Bike’ was soon widely accepted and referred to the ‘arms out/hunched over’ stance adopted by riders.

EXTERIOR
Finished in factory original Candy Red/White, (Code NH-138), this Honda Z50 Monkey Bike has covered just 39 miles from new having formed part of various prestigious motorcycle collections, including none other than that of Motoring Journalist James May of Top Gear/The Grand Tour fame.  In virtually as new condition, the paintwork is stunning and all factory decals, stickers and labels are present and correct and the stock frame number stamping is clearly legible.  One miniscule scratch to the front mudguard and a tiny touched in scratch to the fuel tank is hardly worth mentioning.  The chromework to the handlebars, mirrors, light clusters and other trim is preserved, and all rubbers and plastic fittings are like new.  The original ribbed leatherette seat with bright domed fasteners is perfect.  A tiny speedometer with odometer is delightfully simplistic.  A stunning example of a very special minibike.

ENGINE & TRANSMISSION
The AB27E, air-cooled, 4-stroke OHC single-cylinder engine features CDI ignition and displaces 49cc developing a thumping 4.5hp!  Starting is effortless with the primary kick start and the engine runs delightfully quiet and functions as it should with fully working manual choke.  The engine is spotlessly clean with all stampings and stickers clearly visible.  Even coloured PDI dabs and bright green gasket edges are a wonderful feature of this hyper-low mileage machine.  The four speed one down three up manual transmission performs perfectly and is very easy to use.  Motorbiking doesn’t get much more fun than this!

HISTORY FILE
Registered new on 16th June 2004, this genuine factory-built Honda must not be confused with cheaper aftermarket copies.  In original unrestored condition, this 39-mile example not only enjoys superb credentials but also the provenance of famous ownership, in the hands of Motoring Journalist James May or ‘Captain Slow’ as he is mockingly known from his days on Top Gear and The Grand Tour.  A copy of a previous V5 registration document shows James May as the owner at his home address in London.  There are two original Honda keys, the spare still in its plastic sheath, and a file of previous MOT certificates and V5 copies confirming ownership history.

Honda announced in 2017 that the production of the Z50 ‘Monkey Bike’ was to cease, ending a lifespan of over 50 years and making these ever-popular minibikes highly collectable.  This beautifully preserved, matching numbers example is the perfect addition to any collection, trendy publicity ornament or super-fun leisure bike.