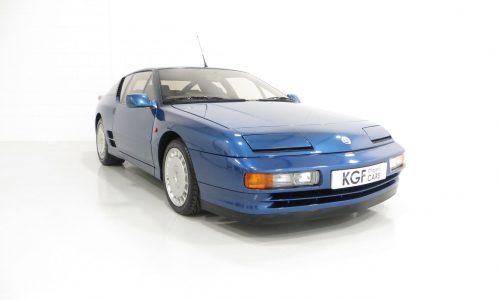 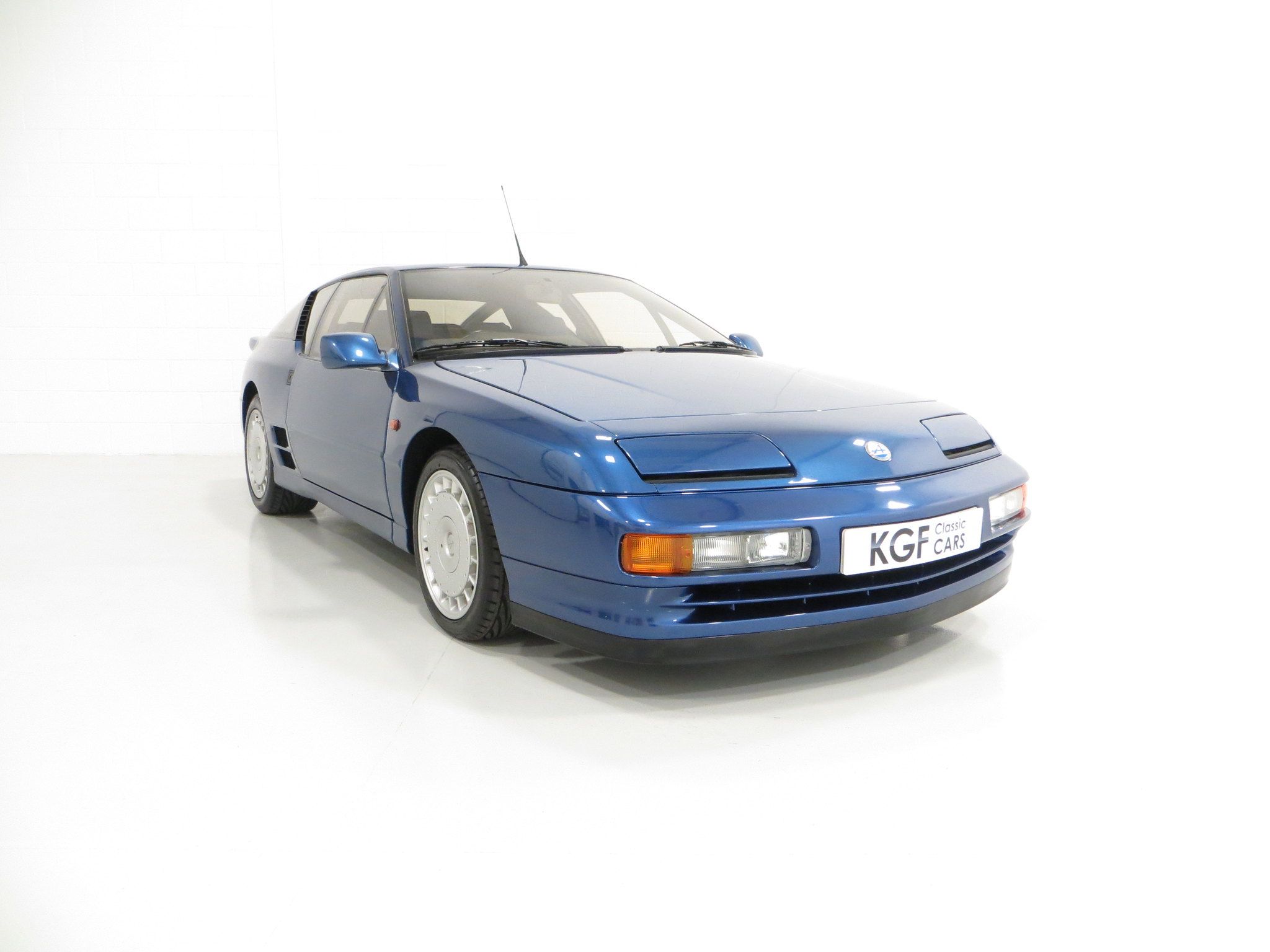 MODEL HISTORY
Jean Rédélé was the youngest Renault Dealer in France and launched his first car in 1954, naming it after the classic French road trial.  The A106 had early success in the Mille Miglia Road Race and was the beginning of a fruitful mutual partnership between Alpine and Renault.  With continual rally success by 1968 Alpine had been allocated the whole Renault competition budget and opened a new assembly plant in Dieppe.  Iconic cars including the A108, A110, A310 and GTA/A610 were hand built there but high assembly costs and low demand, (due to the cost when new), only 818 A610 Turbos were made when production ceased in 1995, of which just 67 were RHD.  The Alpine factory remained open building cars such as the Clio Williams and RenaultSport Spiders and in 2017 the Alpine marque was relaunched with an all-new A110.

EXTERIOR
The sleek lines and painstakingly designed details of the Alpine A610 combined with carefully-honed aerodynamics result in a stunning supercar appearance.  Finished in sensational Metallic Aspen Blue, (Code 543), the glossy shine is perfectly uniform and all decals and badges are present. Alpine enthusiasts will note two uniform lines spanning the roof from right to left exactly factory correct and lost on a repainted less original examples.  All glass, rubbers and wheel apertures are as new.  Having covered delivery mileage until 2006 and now with an incredible 2,518 miles, this really is as perfect as it gets.

INTERIOR
The ergonomically-designed ‘Petale’ sports seats finished in special order Blue Leather, are immaculate and along with the rest of the interior, commensurate with the amazingly low 2,518 miles covered.  All dials, gauges and electronic displays function perfectly including the heater fan on all speed settings. The instrument binnacle still has the plastic protective cover attached and Alpine carpets mats are fitted.  The leather-bound sports steering wheel with the Alpine Blue logo has no wear.  A common issue with this model and its predecessor, the GTA, is the headlining and lifting is visible.  A very exclusive, hand built and rare environment.

ENGINE & TRANSMISSION
Under the bonnet and engine compartment is as new with all stickers, plates and labels still attached.  Even factory PDI paint dabs are clearly visible.  The light alloy 2975cc V6 engine equipped with an electronically controlled Garrett T3 turbocharger produces 250bhp which is enough to propel this Supercar to a top speed of 165mph and 0-62 in 5.7secs.  The 5-speed aluminium alloy gearbox performs faultlessly.

HISTORY FILE
A remarkable and privileged history.  This example was a special order RHD vehicle  manufactured on the 11th March 1992 and registered on the 11th June 1992, as confirmed in writing by Renault UK Ltd.  It was produced along with 28 other RHD cars in 1992 and just 67 RHD cars in total, (Source: Renault Alpine Owners Club).  Immediately delivered to a wealthy Renault Franchise Owner in Singapore where it resided in his private Renault collection with delivery mileage only.  Arriving in the UK in 2006 having been sourced by Radford Racing who also purchased a Red LHD delivery mileage example from the same collection.  The magazine adverts in Classic & Sports Car when both cars were advertised for sale are included in the comprehensive history file.  Sold to the only UK owner and Alpine enthusiast, Mr Mike Vorndran in May 2007, the Sales Invoice reveals the purchase price of £19,000.  Mr Vordran subsequently booked the car into Renault Slough and paid £1,384 to replace the instrument cluster and convert from Km/h to mph.  At the point of change the instrument reading was documented at 602km or 374 miles.  Mr Vordran has continued to cherish the car and the history file is neatly presented with a vast number of invoices to prove the mechanical wellbeing and nurtured upkeep along with all previous MOT certificates to verify the mileage.  The vehicle has attended numerous Renault Alpine events and is well known and highly respected in the Renault Alpine Owners Club.  The rare car is presented with two keys on Alpine leather key fobs, all handbooks and the original black Alpine leather pouch.  Also included are workshop manuals and period magazine features. Probably the best, lowest mileage and most original Renault Alpine A610 Turbo in the world.