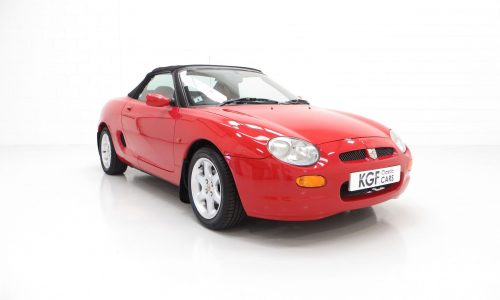 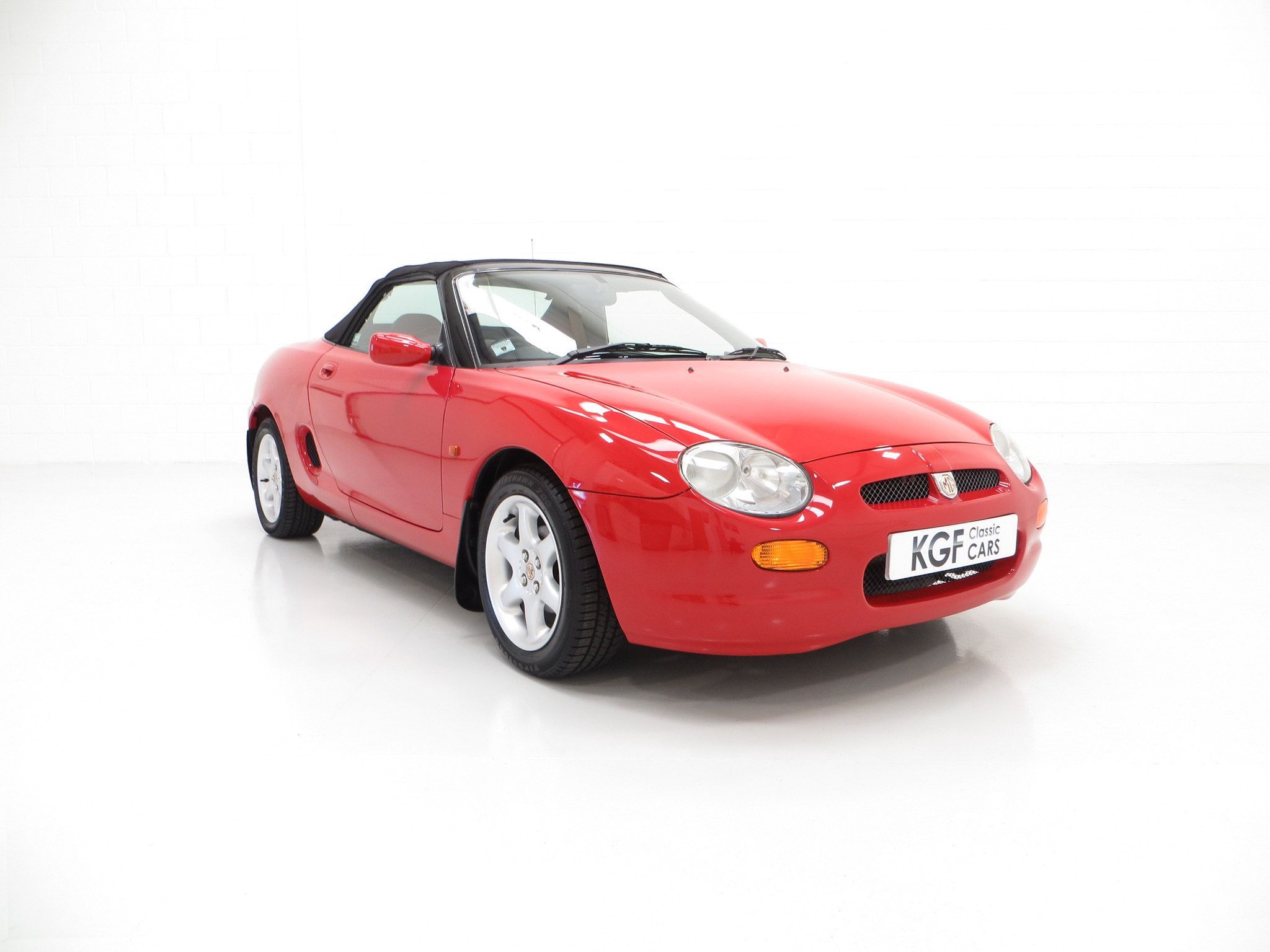 EXTERIOR
This beautiful very early MGF is finished in vibrant Flame Red, (Code COF), a rare colour used only on initial cars prior to the introduction of the more common Solar Red, along with orange indicator lenses fitted to only the early cars. The amazing credentials of one owner and 13,824 miles separate this example from the usual offerings with the condition entirely in keeping with the remarkably low mileage. The vibrant paintwork boasts a lustrous deep shine and polished finish. All panels are straight and display excellent shut lines and fit. The underside is very clean and free from excess applied underseal to allow easy inspection of the structural integrity. All trim pieces and MG badges are excellent, as is the factory black fabric hood with clear and undamaged plastic screen. The supplying MG dealer sticker remains in the front screen. This example is one for the collector.

INTERIOR
The comfortable cockpit features the early Red Fusion Fabric upholstery seats, (Code LQR), which remain in pristine condition, as to be expected of such low mileage. The flawless dashboard boasts subtle differences to the later cars, such as the pen holder and taller gear stick, as well as the non-leather sports steering wheel. All control and functions operate perfectly including the original MG 741 stereo cassette. Both front and rear luggage areas are surprisingly spacious and spotless, the front compartment housing the spare wheel, jack and even showing factory PDI dots! A beautifully cherished and exceptionally well-preserved example.

WHEELS, TYRES & BRAKES
The original and unrestored 15inch six-spoke style alloy wheels with the MG logo are in pristine condition with no damage whatsoever. Factory fitted Goodyear Eagle Touring tyres of size 185/55 R15 tyres up front and 205/50 R15 at the rear will please originality seekers, and while tread and rubber condition are good it would be a wise safety precaution to renew if the car is to be used. Ventilated front discs and solid rear discs offer positive straight-line stopping power.

HISTORY FILE
Registered new by MG Rover Main Agent, Foxfield Rover of Wigan, on the 11th January 1996 following initial model launch the previous Autumn. Chassis number ending 938 denotes this as one of the first 1000 cars built. The original sales invoice for £17,135 and handover document is made out to the first and only owner, Mrs Jacqueline Reeman, who was bought the car by her husband as a gift and she has cherished it ever since! After one year of ownership, Mrs and Mrs Reeman were invited by MG Rover to the MGF 2nd Anniversary celebration at Silverstone, where upon arrival all cars were organised by colour in separate sections, and owners were presented with a limited edition boxed Old Specked Hen fine ale, MG card holder and MG car cover, all of which have incredibly been kept including the ale which has not been consumed!

The history file includes the original full book pack with service book, handbooks, guides and dealership literature as well as previous MOT certificates and invoices as well as three sets of keys with dealer fob. Having always been garaged and used as a weekend car, just 13,824 miles has been covered. This MGF will appeal to the discerning individual wanting a 21-year-old bottle of Old Speckled Hen as well as one of the absolute best and low mileage early MGF’s in existence!