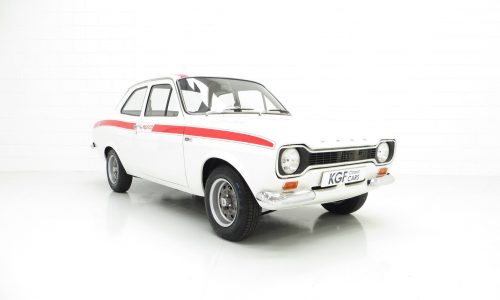 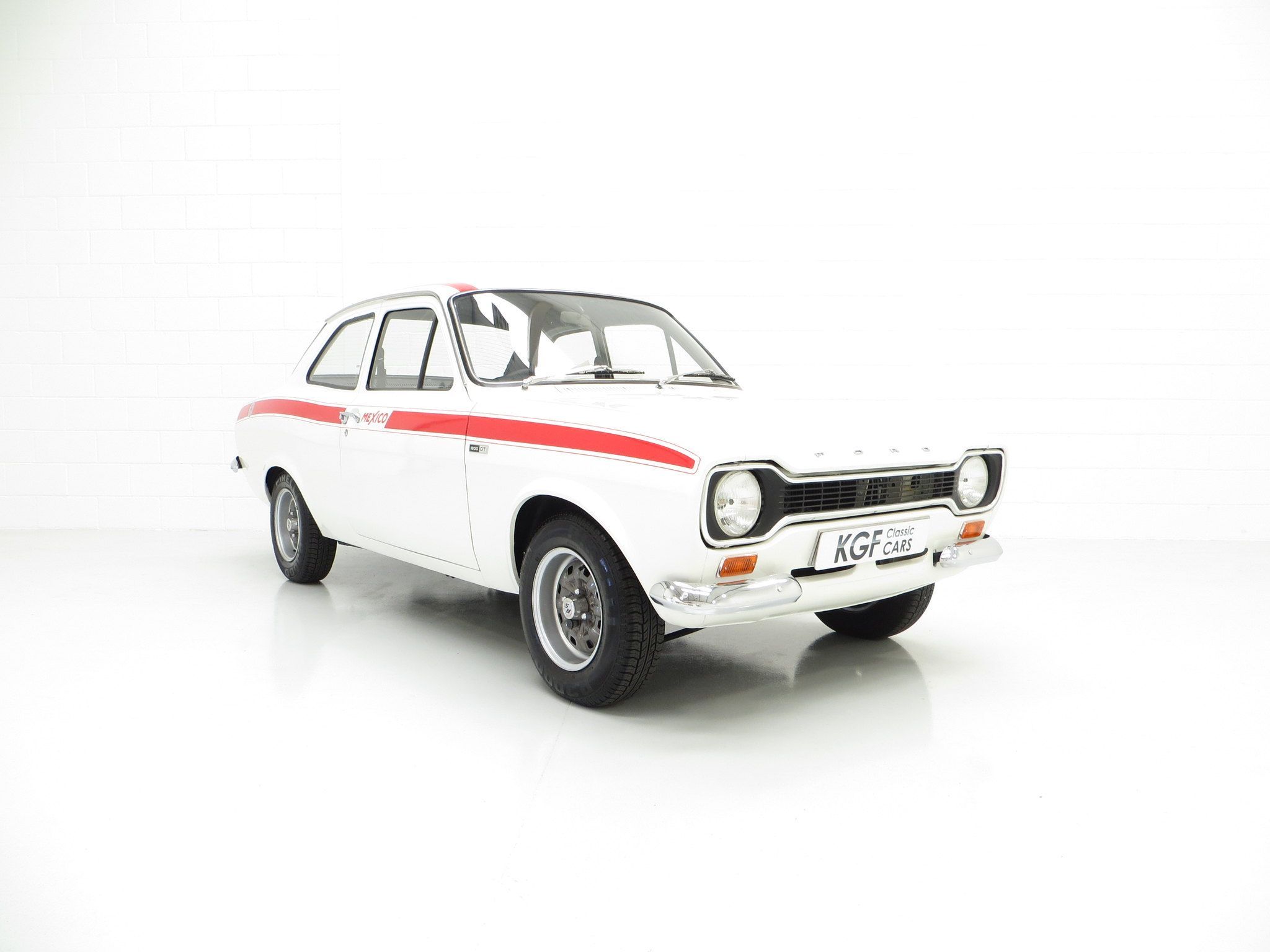 EXTERIOR
Finished in desirable Diamond White this genuine Mexico looks striking. A bright uniform shine with vital components such as strengthened AVO workmanship are all present to see. The chrome, glass, and badges are in very good order and the glass is still number plate etched other than the front screen. The drivers door window has markings. Purists will note all headlamps and rear lights are genuine Ford fitment and not reproduction items. The vehicle is presented with the red Mexico decals in lieu of the thin black coachlines originally fitted and as photographed with the car at the re-build in 1992 and at RS National Day in 1999. The vehicle is still fitted with the original number plates containing the letters ‘POO’ and has been affectionately called ‘Winnie’ by all its previous owners. A charming, genuine and very presentable Mexico.

INTERIOR
Simple, standard and superbly original the correct Mexico black padded Vinyl XL-specification seats with horizontal perforated bands are free from any damage and along with the rest of the interior are in excellent condition. The fully functional instrument cluster comprising of the flat-faced 130mph speedometer and rev counter marked to 7,000rpm is the correct type for this Mexico. The rev counter will sometimes need a tap to function. The flat RS three-spoke leather steering wheel is in fine condition and even the supplying Dealer tax disc holder is present! The boot area is spotlessly clean with a virtually impossible to source genuine unmarked boot mat and blue Ford jack.

ENGINE & TRANSMISSION
Nestled between the AVO Escorts inner front wings is the 1600cc Crossflow unit with a recent full rebuild in 2015 by Damico Engines Ltd. The invoice in the file for £3,600 confirms the works carried out including conversion of the cylinder head to run on unleaded. The dyno sheet is recorded at 102bhp so expect performance of the engine to easily match the quoted 0 to 60mph in 10.7 seconds and a top speed over 100mph. The engine bay is beautifully clean and the original Body Plate and VIN Plate confirm correct specification. The chassis number is just visible on the suspension reinforced plate. The 4-speed synchromesh gearbox was fully rebuilt in November 2011 by Trade Transmissions and works perfectly.

HISTORY FILE
Built at Fords Advanced Vehicle Operations factory in Aveley in November 1973 this vehicle was registered on the 20th February 1974 and supplied by Tricentrol Ford Main Dealers in Chelmsford. The cars history is fully traceable with just five former keepers from new all listed and documented. The fifth owner, Mr Gerard Page, owned the vehicle for 26 years and joined the AVO Club with this car in 1985. The vehicle is featured in HAVOC, (The AVO Owners Club publication) and there are numerous Club valuations from the Mexico Model Registrars over the years. There is also a hand written letter from Martyn Castick on AVO headed paper dated September 1985 proudly claiming he had the same colour combination when the car had black coachlines. An extensive collection of invoices, MOT certificates and old tax discs make fascinating reading. Spare keys are included. A very rare car for the avid collector and blue oval enthusiast.