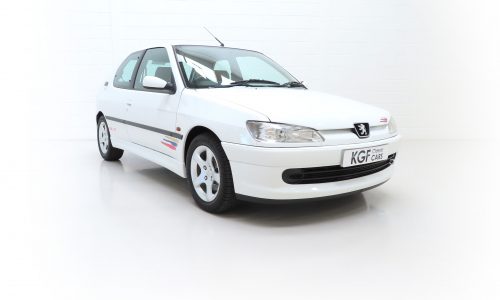 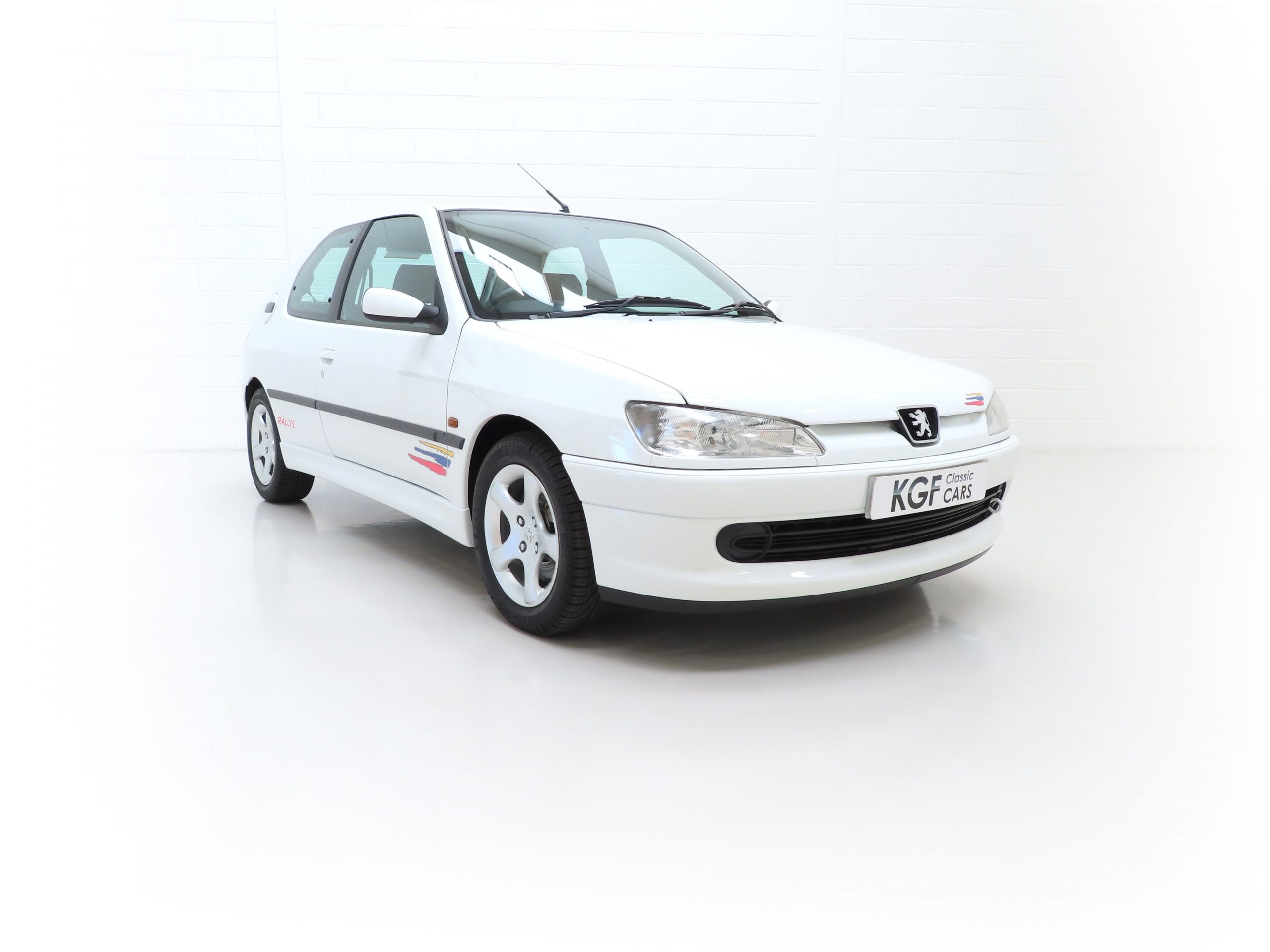 The last ever registered Peugeot 306 Rallye with only 309 miles from new.

EXTERIOR
Every inch a drivers, car this limited edition Peugeot 306 Rallye is finished in solid Bianca White and the factory applied paint throughout is impeccable with a stunning glossy finish. Only 200 were finished in this striking colour making the deliciously retro Rallye decals contrast vibrantly, especially after being replaced due to slight fading with genuine items from Peugeot, such was the fastidious nature of the former enthusiast keeper. All green tint Sekurit glass has the Peugeot logo and along with all other trim, light clusters and rubbers are in perfect condition. Commensurate with the astonishingly low 309 miles covered the underside and wheel arch apertures are remarkable and worthy of any showmanship. A delectably de-frilled, lighter and rarer version of the 306 GTi-6 this Rallye is very special.

INTERIOR
Finished with Phoenix Cloth trim the sparse interior not only presents like a new car but still retains a familiar new car smell! With less sound deadening, no fog lights and no electric windows or mirrors, this stripped out hot hatch weighs just 1163kg, 52kg less than the GTi-6, and the primary focus is driver thrills. All gauges, controls and electrics function including the Clarion radio/cassette with optional 6-disc player installed in the boot. Genuine Peugeot Rallye floor mats are fitted, (the driver’s side with an additional carpet mat protecting the original), and a Peugeot seat cover is included. The boot area along with the rest of the car is untouched.

ENGINE & TRANSMISSION
It may have the allure but it really is the performance that is most impressive about the Peugeot 306 Rallye. The Gruff metallic exhaust howl from the XU 2.0 litre engine develops 167bhp, enough to sprint from 0-60mph in 7.8 seconds and on to a top speed of 137mph. The engine bay presents fabulously with every sticker, label and stamp factory correct. The factory oil filter is still wrapped in its paper wrapper but the car has had oil changes and a cambelt change. The 6-speed transmission and clutch action works precisely.

WHEELS, TYRES & BRAKES
Cyclone alloy wheels are unmarked and shod in factory specified Pirelli P6000 195/55 R15 tyres. These were changed due to flat spots on the originals but all four replacements were sourced at great expense and are correctly dated. The braking system features ABS with discs all-round to offer straight and strong stopping power.

HISTORY FILE
This limited edition Peugeot 306 Rallye is one of just 500 made and is the last one ever registered on the 12th May 2000. Well known to Peugeot enthusiasts and recognised by many car fanatics due to the numerous magazine features, all included in the history file. The cars initial future was uncertain after Peugeot UK repossessed an entire dealers stock and placed it all into storage at GEFCO UK Ltd in Corby where the cars stood unused for several years. When Peugeot announced the closure of its plant at Ryton, near Coventry, the cars were sold off and this particular example was purchased by John Mann on the 8th October 2007 who immediately advertised it on the Peugeot 306 GTi-6 & Rallye forum where is was snapped up by previous owner and 306 Rallye Registrar, Carl Chambers. Carl purchased the car with 97 miles on the clock and has owned it ever since. Rarely does it leave his side other than being trailered to Peugeot events, motor shows and even Peugeot UK has the car on display at their head office!

Supplied with all handbooks, brochures, spare keys and magazines featuring the car, this really is an unrepeatable opportunity and KGF Classic Cars are honoured to be a part of the cars history and helping it to secure a new appreciative owner.