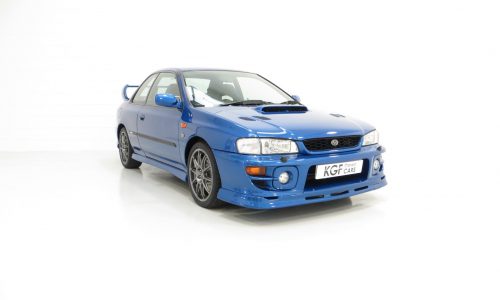 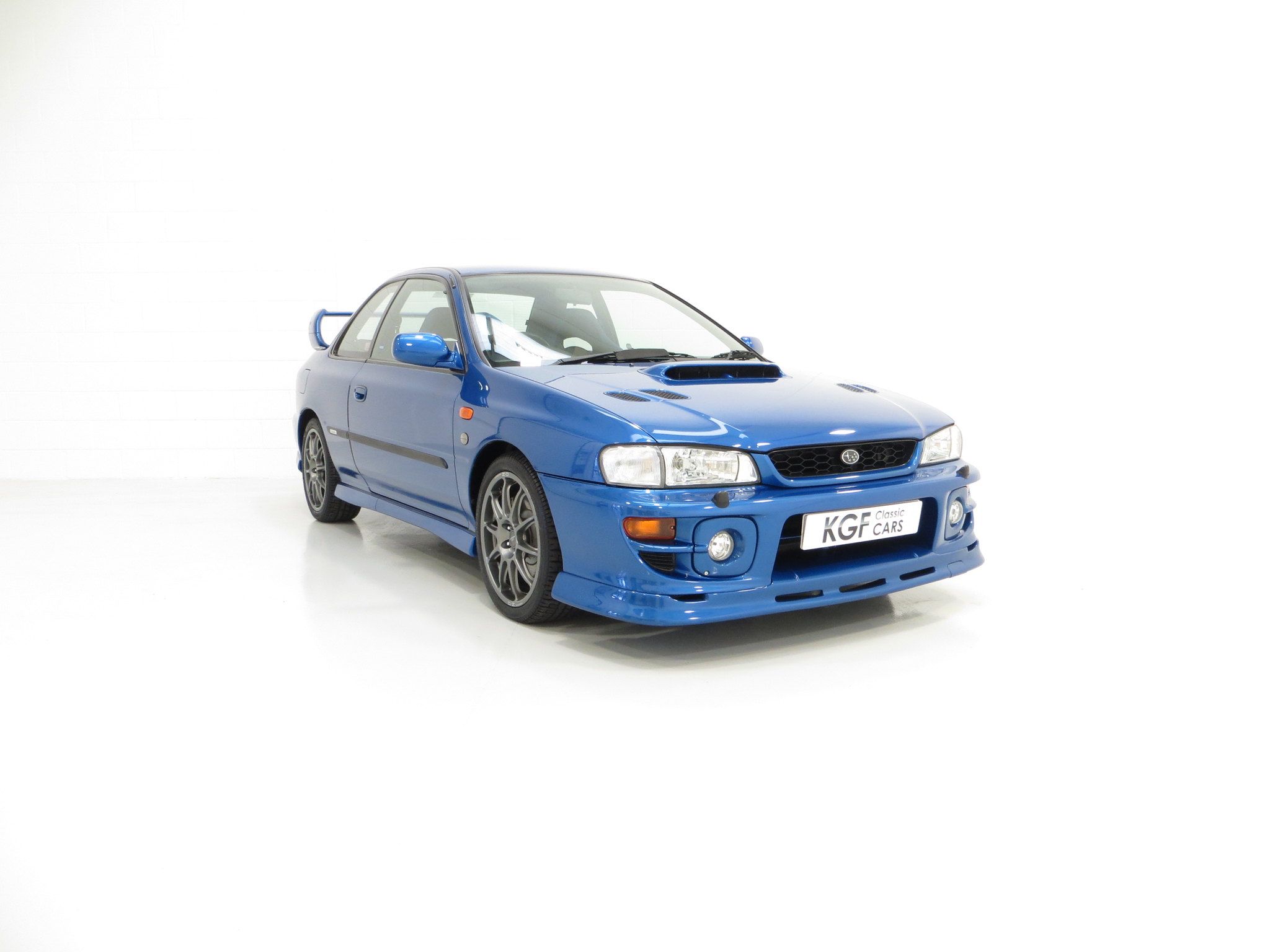 The ultimate highly collectable Subaru Impreza P1 with only 4,786 miles.

MODEL HISTORY
The Subaru Impreza P1 was a car that was designed for UK tarmac to be as close to the WRC rally car than ever before.  A collaboration of Subaru UK, Prodrive, Subaru Japan and Subaru Tecnica International, (STI).  Prodrive—the outfit responsible for race-prepping Subaru’s championship winning rally cars—was brought in to specially develop said cars, of which only 1,000 were built, all in Sonic Blue.  Costing £31,495 when new and an instant hit, Richard Burns the British rally driver who won the 2001 World Rally Championship, is quoted in the sales brochure as saying, ‘…weight and feel is better even than the RB5…straight line as quick as a rally car… turn in is sharper, but there’s no hint of twitchiness’. A very important piece of Subaru history and UK Special Editions.

EXTERIOR
The striking Sonic Blue paintwork gleams from pampered indoor storage and limited exposure to the elements thanks to just 4,786 miles being covered.  From the McLaren F1 to the Subaru WRC car the Peter Stevens design credentials are timeless, purposeful and an instant hit from all angles.  The P1 runs on 20mm lower than standard Turbos on Eibach springs and STI dampers and this example is factory correct in every respect.  The P1 driving lamp covers supplied when new remain unused and the supplying dealer window sticker is attached.  All apertures are spotlessly clean and the underside is a purists dream having never been stripped, cleaned and refurbished.  One for the fastidious perfectionist.

INTERIOR
As close to factory fresh as feasibly possible some 18 years after rolling off the production line.  Wing-backed Prodrive branded sports bucket seats show no wear and the only owner from new paid extra for Prodrive carpet mats and boot liner along with the Subaru rubber mats!  The red stitching on the Momo steering wheel and gear knob is vivid and the optional upgraded Clarion CD player along with all other controls function correctly.  The glass has all stickers attached.  Quite possibly the ultimate P1.

ENGINE & TRANSMISSION
Phenomenal.  Creating 280bhp, (some 69bhp more than a standard Impreza Turbo) a hard-edged exhaust note combined with a whistle of turbo is intoxicatingly addictive.  0-60mph is dispatched in 4.6 seconds and a top speed of 155mph is quoted in a car weighing just 1,275kg.  The engine bay is standard and very clean with the numbered plaque proudly displaying 0065. The quick shift short throw gear change maximises full use of the power.

HISTORY FILE
This incredible UK Subaru Impreza P1 Number 0065 of 1000 was supplied new by Subaru and Izuzu Main Dealers, Maugers Garage Ltd on the 6th October 2000.  Residing with its only owner until July 2018 it has covered just 4,876 miles from new and remains completely standard and original.  The vehicle has four Main Dealer entries in the service book and all other handbooks, guides and sales literature are included.  The vehicle is also supplied with the ‘thank you’ letter on behalf of Subaru (UK) Limited signed by Jon Nealon the Marketing Director at the time congratulating the only owner of becoming one of 1,000 people in the world to actually own a P1.  The Subaru Impreza P1 Story on a VHS tape and as given to each owner when new is included as are two key fobs and keys.  Two different sales brochures are present along with a unique P1 accessory brochure from which a P1 umbrella was ordered and remains with the car!  This classic Scooby was iconic from launch with it having the cachet of Prodrive’s first road car project and UK Limited Edition numbers.  Grab the best!