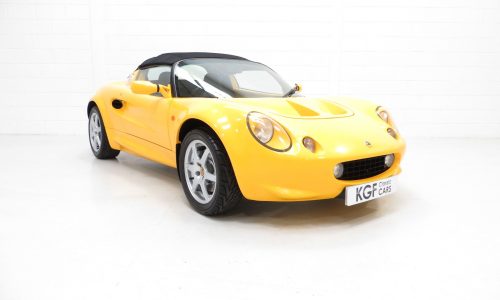 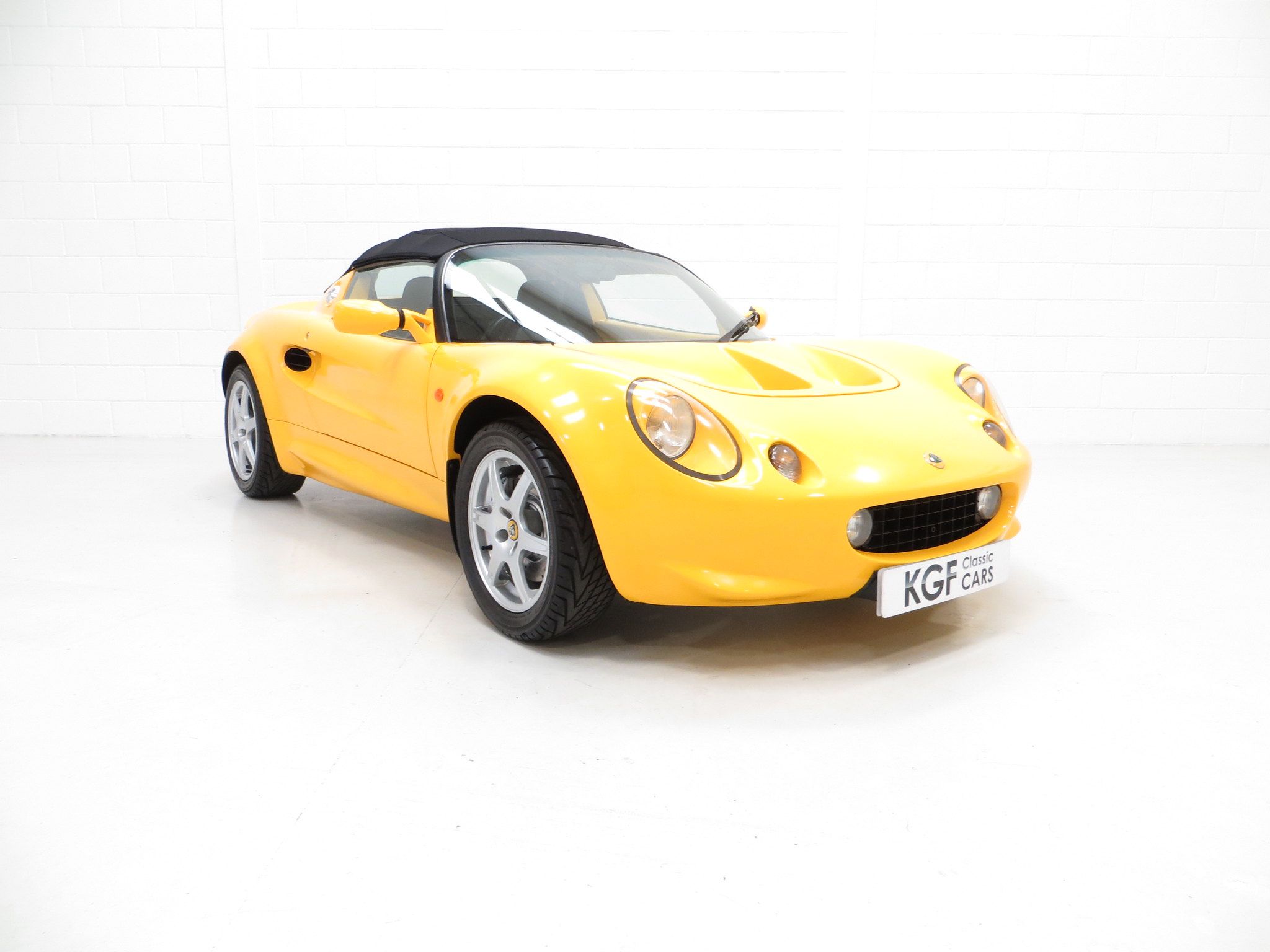 EXTERIOR
Finished in striking and optional Metallic Mustard Yellow, (Code B36), this exceptional and clearly pampered example looks stunning.  Garaged by both owners from new and strictly used in dry conditions which becomes quickly apparent when even the fragile underside green jacking stickers are still attached!  The bright orange epoxy resin used to bond the aluminium at factory is still bright and the V.I.N. stamped in the chassis to the right hand rear wheel arch area is clearly visible.  Tiny touch up marks to minor stone chips reveal the efforts used to uphold originality and do not detract from the amazing appearance.  Wheel arch apertures and the underside are spotlessly clean and unique 111S standard features such as the rear wing, spats to accommodate the wider tyres and aerodynamic faired lens covers remain fitted.  The optional Black material hood is perfect.  Iconic, very special and cherished.

INTERIOR
Engineering excellence is built into the interior with the aim to save weight and provide maximum driver enjoyment.  The optional Black Leather sports seats are in pristine condition and the unique Lotus/Nardi steering wheel is unmarked.  The standard carbon effect dash proudly displays the ‘111S’ logo and the crystal clear STACK instrumentation functions correctly providing at-a-glance information.  The wide sills are protected by a leather/cloth pad with the drivers side showing minor marks easily made with even the first entry/exit into the car! The doors remain open thanks to undamaged door retaining plates and the windows wind up and down smoothly.  An interior Colin Chapman would be proud of.

ENGINE & TRANSMISSION
The original owner was a true Lotus fanatic part exchanging his standard 1996 Lotus Elise for this 1998 111S model due to the extra power of the K16 1.8 VVC engine.  In 2005 works were carried out by Minister Racing Engines to the sum of £6,412 with an invoice to confirm.  With a performance head to 170 Spec and reassurance of a head gasket upgrade along with other proven enhancements this example comfortably outperforms the standard performance figures of 0-60mph in 5.38 seconds and a top speed of 133mph.  A glorious exhaust bark and a red plenum and cam cover give a clue to the fun ahead.  The supplying Lotus Main Dealer continued to annually service the car and it was subsequently sold by Lotus Main Dealers Westover Sports Cars in December 2014 as an Approved Lotus with their warranty proving and reassuring all workmanship carried out.  The close ratio 5-speed gearbox as fitted to the 111S is a delight.

HISTORY FILE
When the original Lotus Elise was launched in 1996 to rapturous acclaim pundits cried out for more power and the Lotus Elise 111S was launched on the 8th March 1999 and continued until August 2000 just before the Series 2 was announced.  This example was supplied new by UK Main Dealers, JCT600 in Leeds, to Mr Sutcliffe on the 19th October 1999.  The new car invoice included in the comprehensive history file reveals a purchase price of £27,953.75.  Mr Sutcliffe, a devoted Lotus fanatic, swapped in his standard 1998 Lotus Elise in Norfolk Yellow and remained the custodian of this car until January 2015.  During his ownership the vehicle was serviced by the supplying Dealer no less than 10 times with invoices and a stamped service book to prove despite having covered only 11,861 miles.  Again during his careful ownership in October 2005 works to the sum of £6,412 were carried out to improve the performance and longevity of the engine which is fully documented in the history file.  Supplied to the only other owner, Mr Crew as an Approved Lotus through Westover Sports Cars, this meticulously maintained example has been serviced a further four times by them with the last entry being in December 2017 at 13,404 miles.  The service history is stamped across two service books.  The vehicle has now covered a warranted 13,504 miles.

Supplied with all handbooks, spare keys and brochures, this Elise is for the demanding connoisseur seeking one of Hethel’s finest.