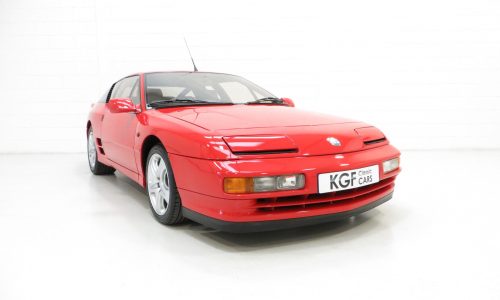 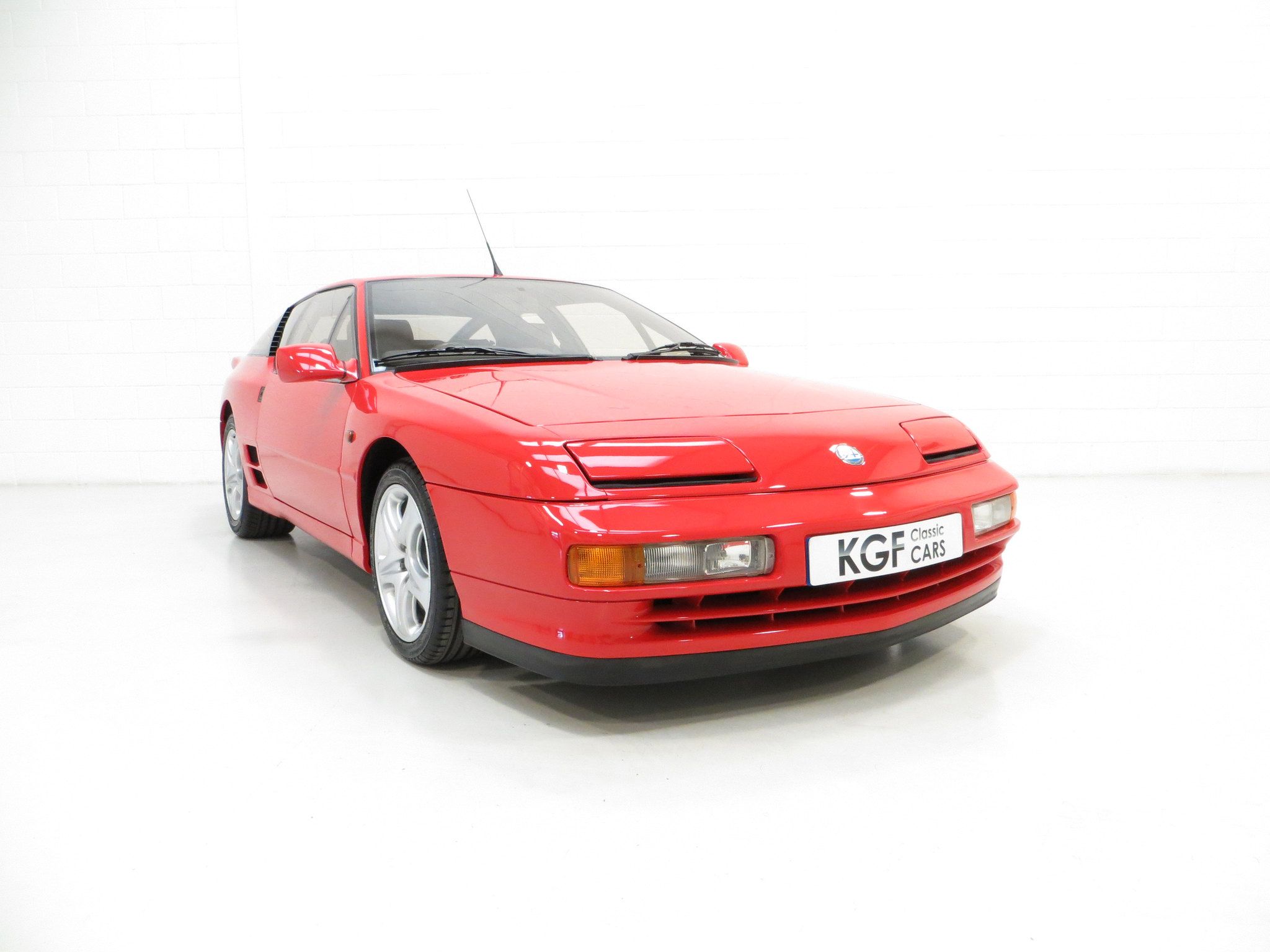 MODEL HISTORY
Jean Rédélé was the youngest Renault Dealer in France and launched his first car in 1954, naming it after the classic French road trial.  The A106 had early success in the Mille Miglia Road Race and was the beginning of a fruitful mutual partnership between Alpine and Renault.  With continual rally success by 1968 Alpine had been allocated the whole Renault competition budget and opened a new assembly plant in Dieppe.  Iconic cars including the A108, A110, A310 and GTA/A610 were hand built there but thanks to high assembly costs and low demand, (due to the cost when new), only 818 A610 Turbos were made when production ceased in 1995 of which 67 were RHD.  The Alpine factory remained open building cars such as the Clio Williams and RenaultSport Spiders and in 2017 the Alpine marque was relaunched with an all-new A110.

EXTERIOR
The uncluttered lines and painstakingly designed details of the Alpine A610 combined with carefully-honed aerodynamics result in a stunning supercar appearance.  Finished in immaculate Rouge Vernis, (Code 075), the glossy shine is perfectly uniform and all decals and badges are present. Some paint to the integrated side skirts and a wing mirror to uphold the immaculate appearance has been carried out.  All glass, rubbers and wheel apertures are as new.  Having been owned by Renault Retail Group this car has enjoyed a pampered showroom life and is incredible.

INTERIOR
The ergonomically-designed ‘Petale’ sports seats finished in optional Grey leather are immaculate and along with the rest of the interior, commensurate with the amazingly low 2,901 miles covered.  All dials, gauges and electronic displays function perfectly including the heater fan on all speed settings. The leather-bound sports steering wheel with the Alpine Blue logo in the centre has no wear.  A common issue with this model and its predecessor, the GTA, is the headlining.  This example has had the headlining replaced to exact manufacturer standards.  Under bonnet and engine compartment is as new with all stickers, plates and labels still attached.  A very exclusive and rare environment.

ENGINE & TRANSMISSION
A light alloy 2975cc V6 engine equipped with an electronically controlled Garrett T3 turbocharger produces 250 bhp which is enough to propel this Supercar to a top speed of 165.6 mph and 0-62 in 5.7 secs.  Ownership by the Renault Retail Group and a recent service by a Renault Main Dealer in October 2017 will help ensure reliability.  The 5-speed aluminium alloy gearbox performs faultlessly.

HISTORY FILE
A fascinating and privileged history.  This example is chassis number 85049 and is the earliest Alpine A610 on the Renault Alpine A610 Register.  It is reputedly the very first RHD example made and was snapped up when new by a wealthy international collector.  Offered back to Renault in 2001 it was purchased by the Renault Retail Group U.K under the supervision of Stuart Walker, a long time Alpine-Renault fan who enjoyed various roles during his 32 year career with Renault including the Managing Director, Renault Retail Group U.K.  Club Alpine Renault would often arrange an Alpine-Renault day at the Renault Dealership in Cannock where this car featured centre stage and reputedly could have been sold many times over!  The window display notices and POS are included in the history file from when the car was on display at Renault.  Since leaving Renault UK in June 2015 the car has been owned by two collectors including Mr Rory Johnstone, owner of Classic Throttle Shop, Australasia’s largest classic car showroom in Sydney’s Lower North Shore.

Previous MOT certificates, spare keys and even period accessories such as a rare Alpine Renault mug, Renault Winter Pack and genuine Alpine leather key fobs are included.  The car has had a recent service by a Renault Main Dealer in October 2017 and is ready for the next lucky custodian.