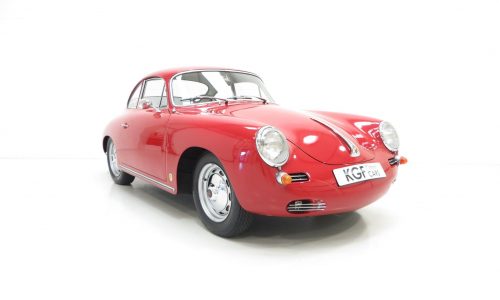 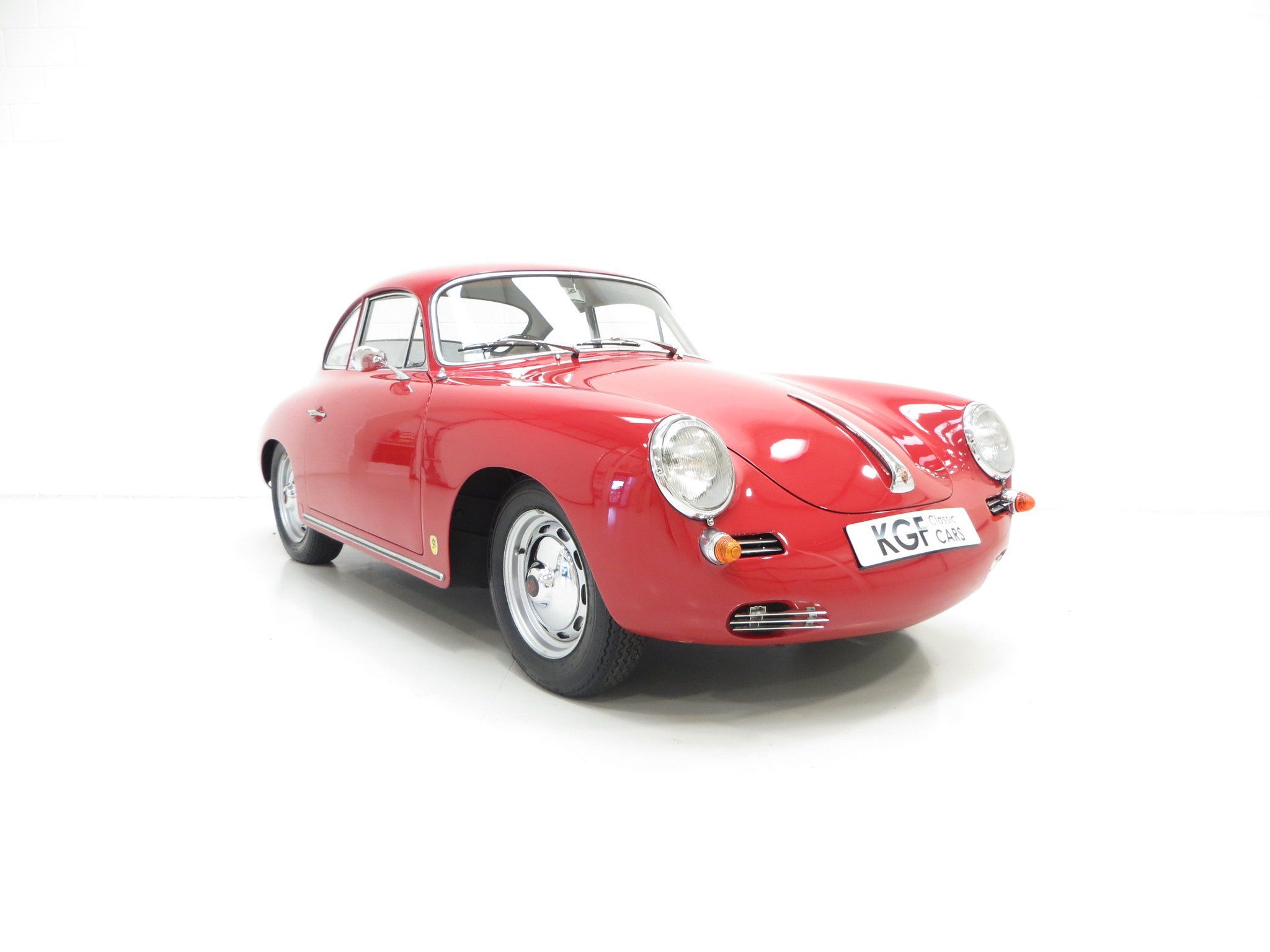 MODEL HISTORY
Designed by company employee Erwin Komenda and introduced in 1948 in Austria, the hugely significant Porsche 356 Series is regarded as the first ‘production’ Porsche with steel bodies built by The Reutter Company who later became the seat manufacturer Recaro. The 356 was built in four distinct series, the ‘pre A’ followed by the 356A, B and finally C. The ‘pre A’ vehicles are most notably distinguishable by the split and then later centre creased windscreens, whereas from 1955 with the 356A, the windscreens were changed for a curved one piece design. This remarkable 356B/S is the redesigned T6 model introduced in 1962 and is identifiable by the twin engine lid grilles and larger rear window. With the introduction of front disc brakes to the 356B T6 and no other visible alterations, the model was finally badged as the 356C.

EXTERIOR
A genuine UK supplied RHD vehicle, this hugely desirable 356B/S example is finished in its original colour of Porsche Ruby Red (Code 702). The paintwork boasts a beautiful deep shine and uniform finish to fully accentuate the unmistakable lines of this iconic Coupe. Restored in the early 1990’s and with enthusiast use since, there are only minor signs of wear worthy of mention. The absence of an external fuel filler lid in the front wing is correct for a genuine RHD example. All trim sections, lights and badges are remarkably good and the quality chrome and stainless steel pieces are beautifully preserved. There are some small splits to the rear window rubbers. Absolute Porsche royalty.

INTERIOR
The originality and unmolested appeal of this hand crafted interior will amaze and delight any classic Porsche connoisseur. The factory Grey Leatherette seat coverings are incredibly well preserved with matching door cards fully intact and showing only light fading. The original cushioned topped dashboard houses the beautifully ornate yet fully functional controls, instruments and gauges. The thin three spoke steering wheel with inner ring and Porsche Crest is a styling marvel in itself. Features such as the magnetic ashtray, fuel valve and shift lock remain exactly as Porsche intended. The headlining is mildly discoloured. A wonderful interior loyal to its Porsche heritage.

ENGINE & TRANSMISSION
The original four cylinder ‘flat four’ engine of 1582cc displacement in this genuine S model produces 75hp at 5000rpm. The factory correct twin Zenith 32 NDIX carburettor set up has been retained along with the automatic choke. The engine bay is beautifully clean with stickers and identification stampings clear to see and affirming the matching number credentials. The four speed synchronised Servomesh gearbox is light and exact.

HISTORY FILE
A Porsche Certificate of Authenticity confirms that this matching numbers genuine 356B/S example was manufactured as a RHD vehicle with a production completion date of March 1962. Registered on 29th March 1962 by Porsche Main Agent A.F.N. Limited of Isleworth, there is correspondence between them and first owner Mr G Lowe Esq as well as extensive service history whereby the car was maintained by A.F.N. Limited until the late 1970’s. Furthermore, the colossal history file encompasses a lifetime of cherished ownership from new until present day. There are also many previous MOT certificates dating back as far as 1970.

The beautifully presented and comprehensive history file also includes publications from Porsche Club GB and the Porsche 356 Registry with this car featured as well has handbooks and manuals. A true motoring icon and hugely significant chapter in Porsche history. Simply a must for any Porsche enthusiast