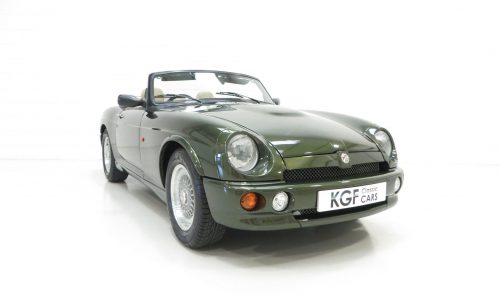 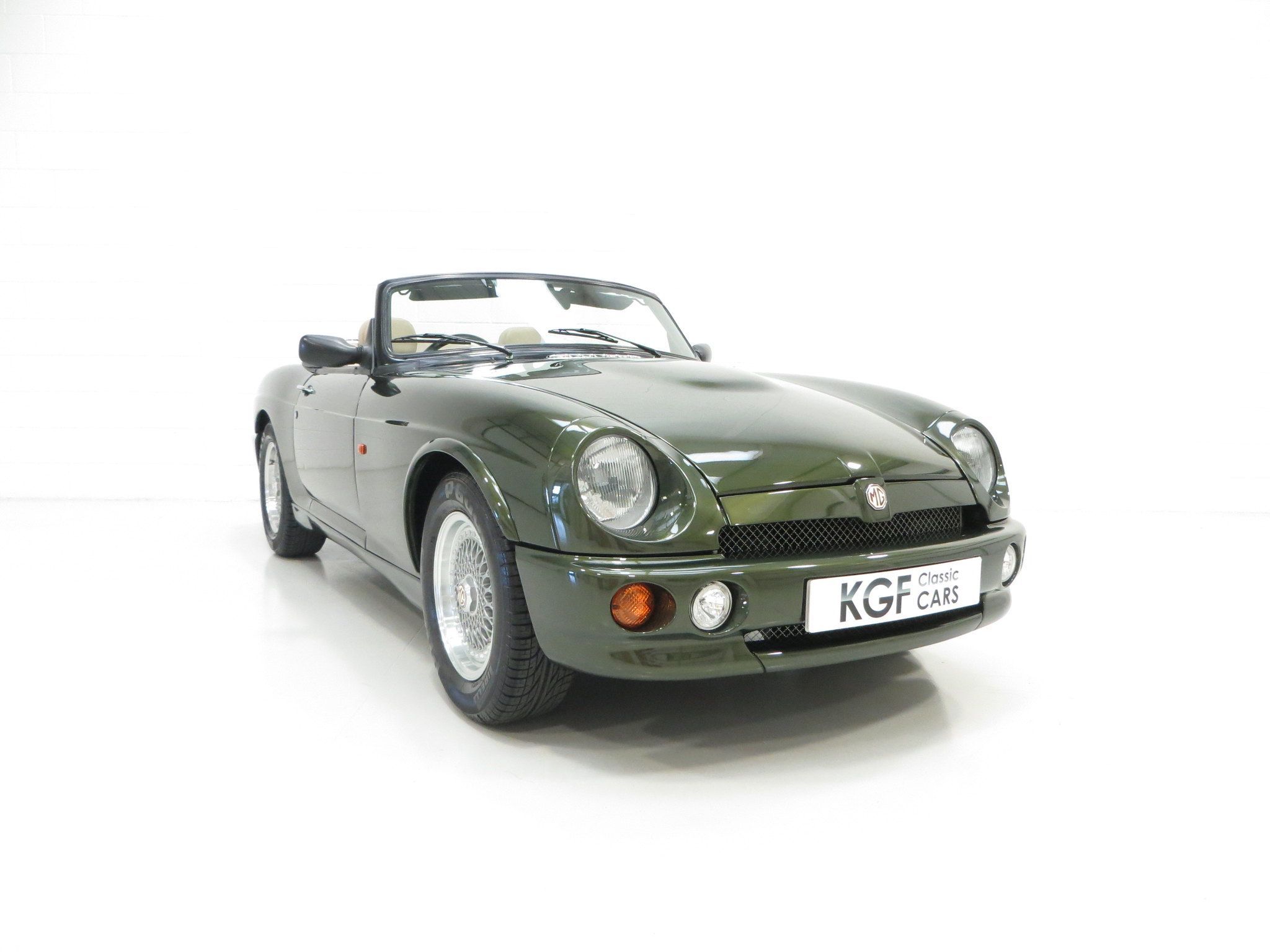 A time-honoured MG RV8 in splendid condition and just 15,285 miles

MODEL HISTORY
The MG RV8 was bought to fruition by Rover Special Projects team, a team of 30 planners, engineers and designers based at Gaydon, Rovers test track in Warwickshire. Headed by RSP Director, Steve Schlemmer, the project was called Adder in recognition of the Anglo-American Cobra of the 60s, their objective was to recreate the MGB as it would have been had it never left production. Launched at the British Motor Show in 1992, the MG RV8 marked the welcome return of the MG sports car and the famous octagonal badge. At a price of £26,500 when new just 1983 units were made of which 1581 were sold to Japan.

EXTERIOR
An appealing, curvaceous, wasp-waisted style immediately recognisable to MG aficionados is finished in optional pearlescent Woodcote Green, (Code HPE) at a cost of £750 when new. A stunning deep gloss finish preserved by temperature controlled storage and preservation wax will amaze onlookers. The correct panels produced by Abbey Panels are virtually unmarked other than a touched in chip to the bonnet and two miniscule dings. The original factory fitted soft top made by Tickford is pristine and the rear screen perfectly clear. The rear tonneau is present. The famous octagonal MG badging is unmarked and all chrome brightwork has a mirror finish. A born classic.

ENGINE & TRANSMISSION
The 3.9 litre V8 is extremely flexible with large reserves of torque and 190bhp giving effortless midrange overtaking. 0-60mph is despatched in 5.9 seconds and a top speed of 135mph is quoted. The engine bay is spotlessly clean and factory original with all markings, plates and stickers present. The V8 burble through the twin exhaust pipe is intoxicating. The robust Land Rover built 77mm 5-speed gearbox changes with reassuring precision and a progressive light clutch action. Delightful.

HISTORY FILE
The MG RV8 was always destined to become a classic with just 1983 units made reviving a golden history and celebrating thirty years after the birth of the legendary MGB. This pampered example spent six years with the only Japanese owner, Mr Akifumi Shimizu of Wakayama who purchased the car on the 21st September 1994. Upon the first sha-ken, (MOT), in 1997 the car had covered 4,448km and in December 1999 the car was purchased for export to the UK with 11,800km. At this point a brand new VDO in mph was installed and professionally fitted retaining the old unit for authenticity. Since arriving in the UK a further documented 7,785 miles have been covered with three former keepers and MG enthusiasts. A comprehensive collection of paperwork, old MOT certificates and point of sale material make fascinating reading. The previous keeper part exchanged this cherished vehicle with KGF Classic Cars in April 2014 whereupon the garage owners Father, Mr Fasulo, fell for the charm, immaculate condition and V8 burble and just had to have it! Now only available to make room for a classic Ferrari.