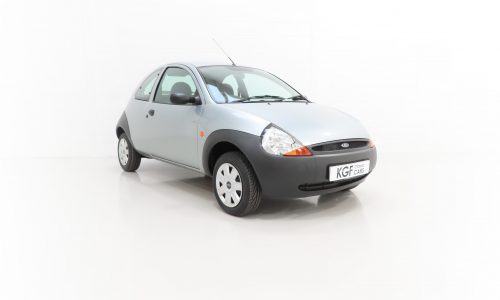 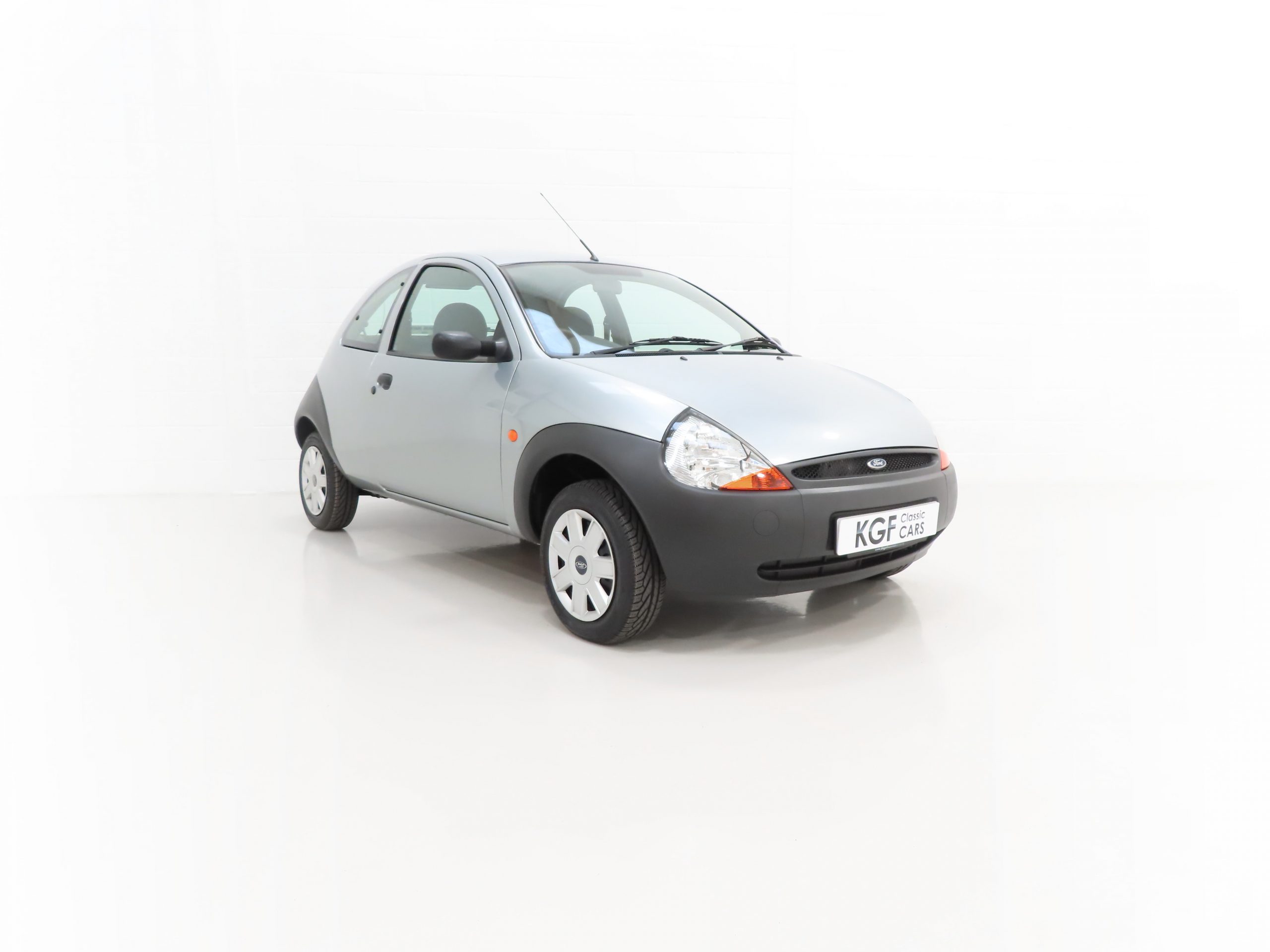 A museum worthy Ford Ka with a genuine and fully verified 189 miles from new!

EXTERIOR
Ford Motor Company’s ‘New Edge’ design language began with the original Ka as the first production Ford to adopt the radical exterior styling mostly recognised with its use of intersecting arcs and crisp lines. This almost inconceivable Ka has covered just 189 miles from new and is finished in Ford Machine Silver, (Code A3). The bodywork and paint finish are commensurate with an example that could have quite plausibly covered its entire lifetimes mileage within just one daily commute! Unsurprisingly, this garaged Ka has none of the common bodywork issues often found and the amazing underside still displays PDI markings and factory labels to the rear beam and suspension components, long lost on most examples. All trim sections and the Torque Grey bumpers are perfect and Dagenham Motors Ford main dealer number plates, rear screen sticker and tax disc holder remain with the car. Surely amongst the best low mileage cars in existence. In fact, is this the lowest mileage example?

INTERIOR
The interior of this cossetted example is beautifully clean and free from wear. The original cascade fabric upholstery in Indigo colour scheme, (Code VG), is in showroom condition with no imperfections whatsoever. The carpets are pristine having been protected by Ford floor mats and the headlining is perfect. The steering wheel and gear knob display a total lack of wear as you would expect from an example that has had the equivalent of just six days usage based on the likely annual average mileage! The funky blob style fascia and incorporated switchgear is as new and all functions operate seamlessly including the original Model 5000 stereo cassette complete with a miserly three radio station pre-sets! Likewise, the spotless load space boasts an unmarked carpet underneath which the boot floor is as new. Clean, fresh and totally unspoilt.

ENGINE & TRANSMISSION
The dependable and frugal 1.3 Duratec four-cylinder engine as fitted to all non-sporting Ka’s produces a power output of 70bhp and 106Nm of torque to achieve a top speed of 104mph and 0-60 in 14.1 seconds. The engine is quiet and performs faultlessly with a service carried out in November 2021 using genuine Ford parts to ensure all fluids are clean. The pristine engine bay features all factory stickers, plates, PDI markings and even fragile paper labels fully intact. The five-speed gearbox is light, precise and effortless to use.

HISTORY FILE
Registered new on 29th June 2004 by Ford Main Dealer, Dagenham Motors, the car was purchased new by a lady who very soon after purchasing the car lost confidence in driving and the car remained in her garage until 2018. Not wanting to completely draw the line under her driving career, the car was collected by a local garage and taken for MOT each year before being promptly returned to her garage. Thankfully this documented history verifies the mileage as totally genuine. In 2018 the car was discovered by a Mr Baldwin, a car collector, at which time the car had covered 179 miles and it was only upon his passing that the car entered the custody of another collector. The comprehensive MOT records date back to the very first in 2007 to the most recent carried out in November 2021, the mileage at last test being 184 miles. The vehicle was serviced in November 2021 using genuine Ford parts and the original Ford zip wallet contains the handbooks, guides and radio booklet as well as the service booklet. A history folder contains the recent service receipts and MOT history records as well as two original Ford keys. Completing the history file is an original Ka sales brochure.

Debate over the pronunciation of the name Ka has continued since launch and whether it is to be said with a long or short “a”, or with the letters pronounced separately. Even Ford’s confused press office has used all three but the official Ford stance is with a short “a”! Whichever way you may wish to say it, the first examples are now 25 years old and the humble Ford Ka represents a superb value entry into classic car ownership, even more so with this museum worthy example with just 189 miles from new!