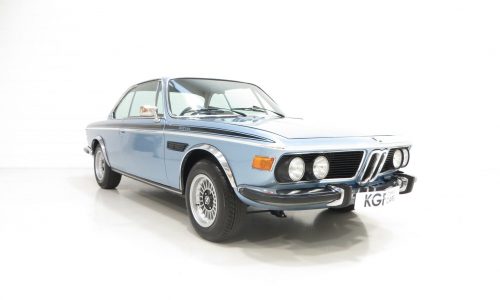 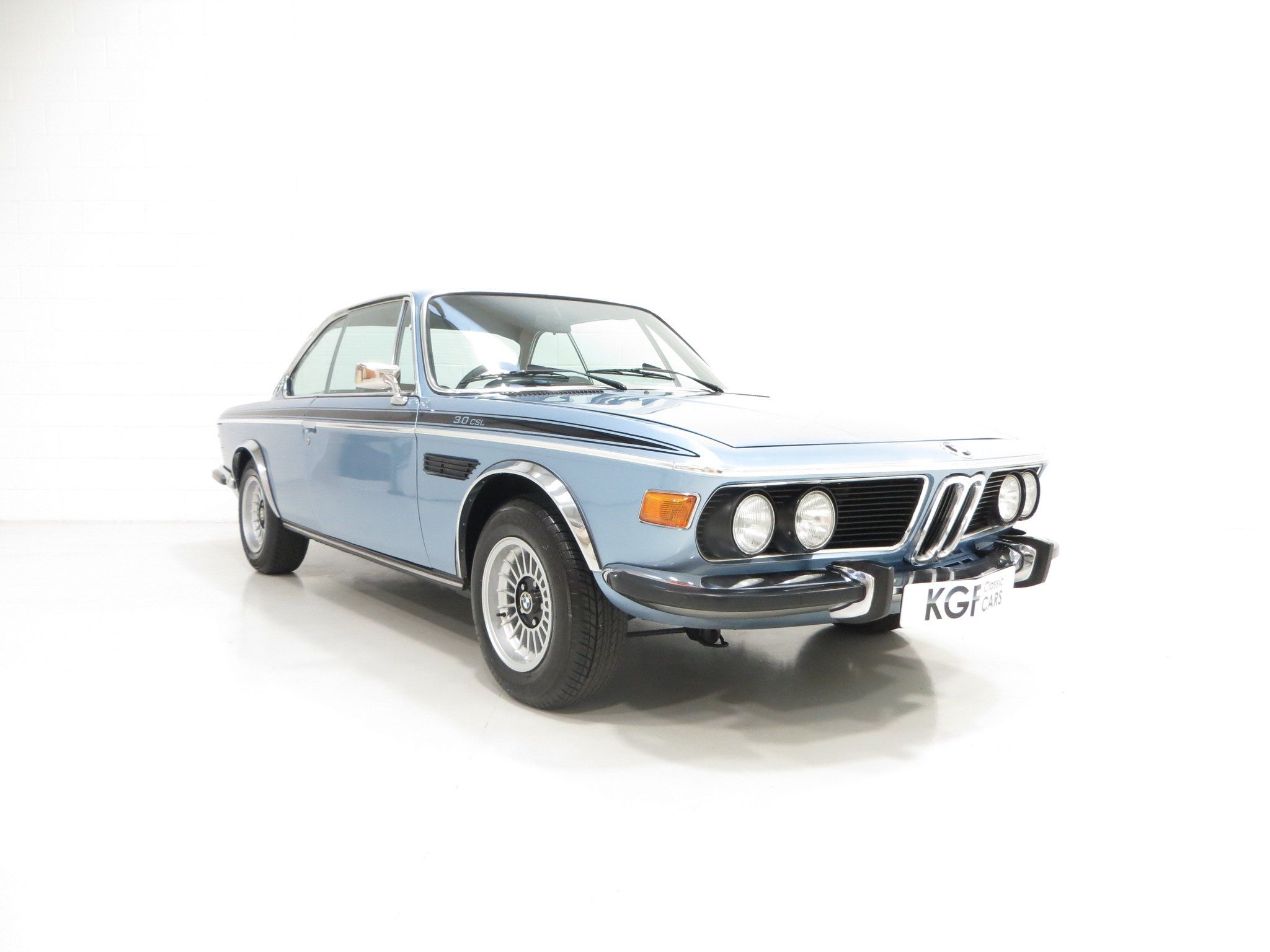 MODEL HISTORY
The 3.0 CSL is a lightweight, performance-oriented version of the standard 3.0 CS/3.0 CSi coupe. CSL denotes Coupe Sport Lightweight. It was originally developed as a homologation model for the German Touring Car Championship by a separate division within BMW AG, a division that would later become BMW Motorsport GmbH. It is therefore generally considered to be the first M Series model. All were assembled at the Karmann Werkes in Rheine, Germany and just 500 RHD genuine 3.0 CSL models were produced. Chassis number 2285430 is number 430

EXTERIOR
Unmistakable at any angle this very rare homologation special reflects the enthusiasm of BMW engineers not limited by economic restrictions of volume production. Finished in striking Fjord Blue metallic, (colour code 037), this example is very bright with a gloss texture. Importantly the aluminium bonnet, boot lid and door skins all remain fitted and a detailed pre-purchase inspection by Munich Legends in 2011 reveals the general good state of the car prior to a sympathetic restoration. The accent stripes and badging are in lovely condition. The chrome CSi front and rear bumpers as fitted to RHD vehicles and standard chrome wing extensions are in exceptional order. The kidney grille and surrounding trim is marked and some of the side glass rubbers have aged. The underside has waxoyl as per the City Pack cars. A race-proven special car.

INTERIOR
The functional interior of this cockpit will encourage the enthusiastic driver with the roof, interior trim panels finished in standard black. Deep bucket Scheel sports seats offer unrivalled comfort and perfect support and the Momo three spoke leather steering wheel provides grip. Expensive Coco mats are fitted to protect the speckled carpeting and the simple dash configuration is all operational including the often inoperative clock. Most of the wood trim has been refurbished but areas show aging and the Karmann door pillar badge remains fixed. An uncompromising sports drivers car.
ENGINE & TRANSMISSION
The 6-cylinder 4-stroke inline engine with triple hemispherical swirl action combustion chambers produces 200bhp which is enough to propel the car from 0-60 in 6.9 seconds and a top speed of 137mph. Being a UK model it has a displacement of 3,003cc and has the Bosch fuel injection system. The gearbox is an all synchromesh 4-speed unit with precise action. A limited-slip differential with 25% locking action helps keep the power down. Glorious.

HISTORY FILE
Registered new on the 19th June 1973 as one of 500 only UK RHD examples this example is chassis number 2285430 and represents a very rare and collectable opportunity for the enthusiast. Traceable ownership history and a comprehensive file of expenditure records all make comforting reading. A detailed inspection by respected marque specialists, Munich Legends, in 2011 concludes the vehicle to be in a ‘sound, presentable and fairly useable order’. This was conducted prior to a sympathetic restoration by Avantgarde and is now much improved from the positive inspection. Acknowledged to be the first ever BMW M Car and now available for a lucky individual.