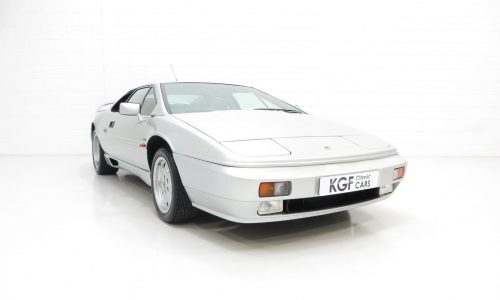 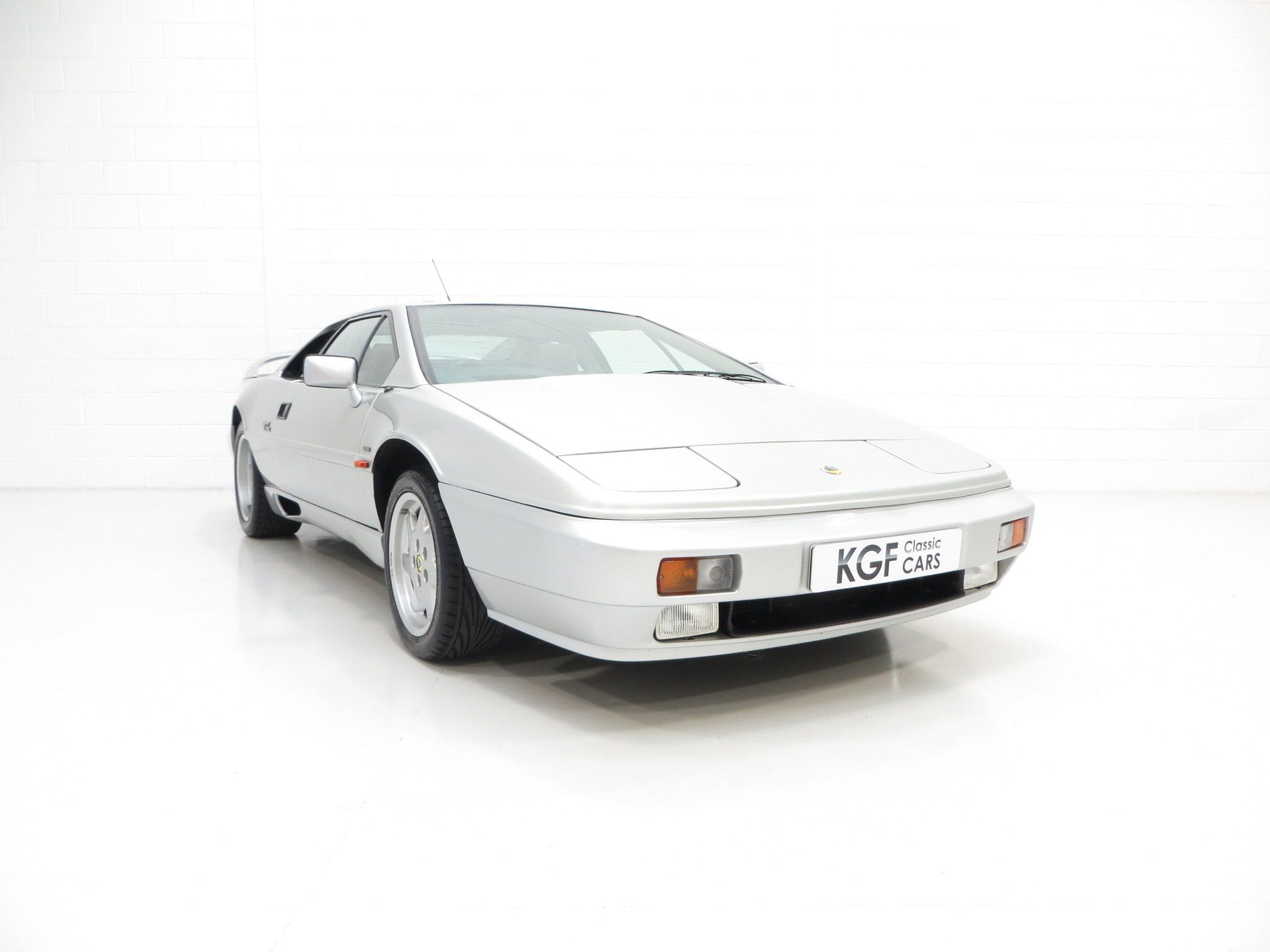 A Lotus Esprit Turbo owned by the Hon. President of the Lotus Drivers Club.

EXTERIOR
The Peter Stevens redesign was unveiled in 1987 with this early 1988 example being one of the first revised cars and essentially identical to the car used in the iconic movie Pretty Woman. Stevens, who later went on to create the McLaren F1 was responsible for the radical restyling to a more rounded shape and the switch to a buttressed rear pane. This sensational example is finished in the original colour of Lotus Silver (code A40) which boasts a bright polished shine and uniform finish throughout thanks in part to a paint refresh. Only minimal markings to the finish can be seen and all trim sections, Lotus decals and badges are damage free and remain just as Lotus intended. The identity plate in the windscreen remains in place. Low slung, mid-engined and the vehicular star of a classic 1990’s blockbuster movie, your very own Edward and Vivian experience!

INTERIOR
Having covered such low mileage under absolute enthusiast ownership, the original Connolly hide upholstery individually cut and hand sewn has remained clean and largely wear free. Once installed low down in the anatomically sprung seats, the occupants are exposed to a traditional supercar environment which is not the most ergonomically advanced by modern standards but still surprisingly comfortable and demonstrates characteristic Lotus quirkiness! The original trimming to the fascia is fully intact and both front and rear storage compartments are clean. The carpets have been protected by genuine Lotus carpet mats. All functions and controls operate well including the period Pioneer DEH-770 stereo CD. The sense of occasion and excitement is ever present to any occupant of this legendary Esprit, even before the key is turned!

ENGINE & TRANSMISSION
Fitted with the Lotus 2.2 Litre 910S 16v DOHC engine, this powerplant is turbo charged with two twin choke Dellorto carburettors, a set up that has remained true to the manufacturers design. A power output of 215bhp at 6250rpm achieves the 0-60 sprint in just 5.3 seconds with a top speed of 152mph. The five speed gearbox operates exactly as it should. Mid engined with near perfect 50/50 weight distribution, the perfect recipe for the exhilarating classic supercar experience!

WHEELS, TYRES & BRAKES
The stunning seven spoke alloy wheels with Lotus stampings clearly defined are in superb order with only the faintest markings. Matching Toyo Proxes tyres all round of size 215/45 R15 front and 245/45 R16 rear have masses of tread remaining. Benefitting from a recent complete overhaul, the braking system incorporating 10.2in ventilated front discs and 10.8in rear discs offer assured stopping power to match the performance.

HISTORY FILE
Supplied new by Lotus selling agent JCT Specialist Cars of Bradford on the 9th March 1988 this example has led a cherished existence under true enthusiast ownership. Owned from 1999 to 2014 by Laurie Barton, co-founder of the Lotus Drivers Club the origins of which began in 1976. Holding the position of Chairman/Vice Chairman for 16 years, click here to learn more about the Lotus Driver Club.
A large comprehensive history file houses countless receipts and invoices throughout the life of the car from the supplying Lotus agent and other marque specialists including respected Paul Matty Sportscars. A considerable sum of money has been lavished on the car with supporting records and invoices. The original grey padded Lotus folder incorporates the handbook and maintenance record housing a number of stamps including several from the supplying dealer JCT Specialist Cars. Service records and virtually every MOT certificate fully document the 60,344 miles covered. A documented cambelt change was carried out in 2014 at 58,198 miles by Paul Matty Sportscars. An original 1988 Lotus Esprit sales brochure completes the history file. Representing a very genuine example enjoyed in the hands of true Lotus aficionados, this iconic 1980’s supercar must be seen.