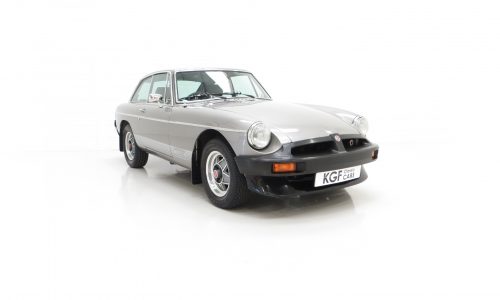 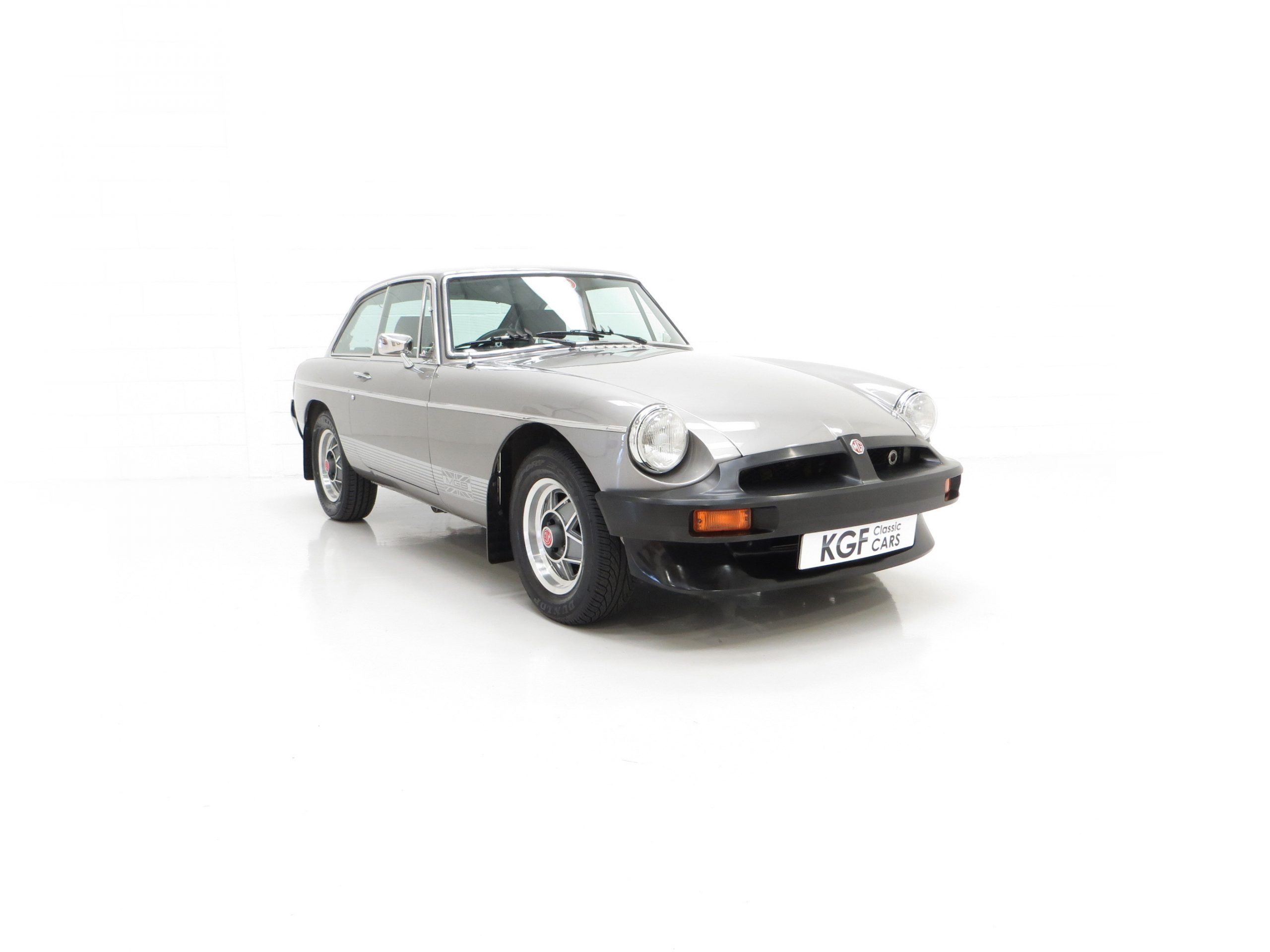 The MGB Limited Edition ‘The Silver GT LE’ number 327 of 580 in beautiful condition.

MODEL HISTORY
Introduced in 1962, the MGB can be described as the worlds most successful sportscar with over half a million examples produced during its 18-year span of continuous production. Integral to the success was the two derivatives, the open top roadster and closed GT able to accommodate a family. Towards the end of the 1970’s, MG announced the end of MGB production and in 1979 commenced the build of a Limited Edition run of 1,000 cars consisting of The Silver GT LE (580 cars) and The Bronze Roadster LE (420 cars). Available only in Pewter Metallic for the GT and Bronze Metallic for the Roadster and each with special distinguishing livery, two cars (one of each derivative) were retained by the BL Heritage Collection which left the remaining 998 cars available to the dealers who fought to stock the cars and even luckier members of the public who managed to acquire one.

EXTERIOR
This pristine example is number 327 of the 580 ‘The Silver’ GT LE cars produced and has been subject to a historic nut and bolt restoration using a brand-new heritage shell. To recreate such an outstanding example today would cost an eye-watering amount of time and money and presented here is without question one of the best remaining example in existence. Finished in the correct and only colour available for the Limited-Edition GT, Pewter Metallic (Code MMD), the paintwork is exceptional having been painted by the MG Owners Club and all panels are beautifully finished and damage free. The bumpers, chrome trim and special silver livery are in excellent condition and only some light tarnishing to the bright window and drip rail trim is worthy of mention. The glass is etched with the vehicle registration as issued when new and the meticulous restoration also included painstaking removal and refurbishment on all underside components. A very collectable MG.

INTERIOR
The correct Special Limited-Edition Silver Grey trim, (Code LMH), is preserved in fantastic order. The material to the seats is fully intact and spotlessly clean and the matching black vinyl door cards are immaculate. The carpets, headlining and interior trim are in exceptional order and the original gauges and fascia controls all function perfectly with healthy readings. The luggage area is very clean and the easy folding rear bench back offers a large flat loading space, perfect for classic touring. Displayed proudly on the dashboard are the MG Limited Edition Plaque and the second plate confirming this as Car No. 327, built 29th August 1980.

ENGINE & TRANSMISSION
The BMC B-Series engine needs no introduction and its time-tested longevity saw it fitted to all MGB’s with exception of the V8 model. This 1798cc four-cylinder OHV unit features twin SU type HIF4 carburettors and SU electric fuel pump to develop 97bhp and 142Nm of torque. A top speed of 104mph and 0-60mph in 14 seconds are respectable performance figures even today. The beautifully detailed engine bay houses the factory fitted engine with identity plate matching that of the heritage certificate along with vehicle data plates and stickers all corresponding. The four speed all-synchromesh gearbox is factory fitted with the desirable electronic overdrive and is perfect in operation.

WHEELS, TYRES & BRAKES
The original cast alloys wheels are correctly finished in grey with polished out rim and spoke facings and red MG logo centre caps. There is some very light age related tarnishing visible upon close scrutiny but not to spoilt the appearance. Premium brand tyres of size 185/70 R14 have plenty of tread remaining. The servo assisted braking system incorporates 10.75in front discs and 10in rear drums to offer steady and capable straight line stopping power.

HISTORY FILE
A Heritage Certificate issued on 23rd September 2004 by the British Motor Industry Heritage Trust confirms that this example, number 327 of 500, was built on the 28-29th August 1980 and despatched from Abingdon on the 25th November 1980. The destination dealer, Herwin Canny and Company Limited of Woolwich, registered the car new on the 19th February 1981 to the first owner, Mr J Adams. The amazing and frankly colossal history file forms a crucial part of the cars story and begins with the original sales invoice issued by Herwin Canny and Company Limited to Mr Adams detailing the options specified and purchase price of £6,877.79 less £2,502.79 for his 1979 Leyland Mini! The original Passport to Service booklet is stamped by the selling dealer and the last entry is in 2020 with just 1,500 miles covered since. The car has been known to the MG Car Club MGB Register since 1988. Beautifully presented in a tailored made leather binder is a massive chronologically arranged and complete file of invoices dating right back to 1981 with even the running-in service when the car was just three months old! Thorough perusal of the file would consume countless hours and there is a vast amount of paperwork spanning the 1980’s 1990’s and in to the new millennium where in around 2004 a full nut a bolt restoration began. Photographs of the car pre-restoration show a solid and undamaged car that was just awaiting a transformation into the perfect MGB GT LE! The restoration is fully documented both in the history file and photographs and the huge spend on top of the brand-new heritage shell which was sourced and painted by the MG Owners Club, MGOC, would run into tens of thousands of pounds now, a new shell current costing around £13,000 alone! The previous owner was a MG and British Leyland enthusiast with several other classic cars in his collection including a MGR V8 and a Morris Mini Cooper 970S. A collectors quality example of the final MGBGT tribute and a true slice of MG motoring history. Not to be missed.