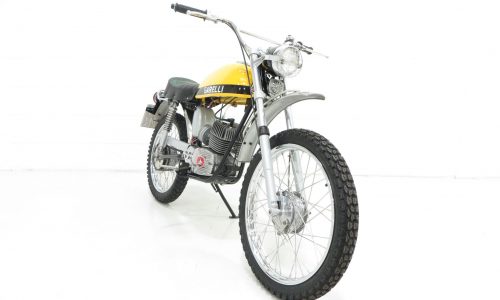 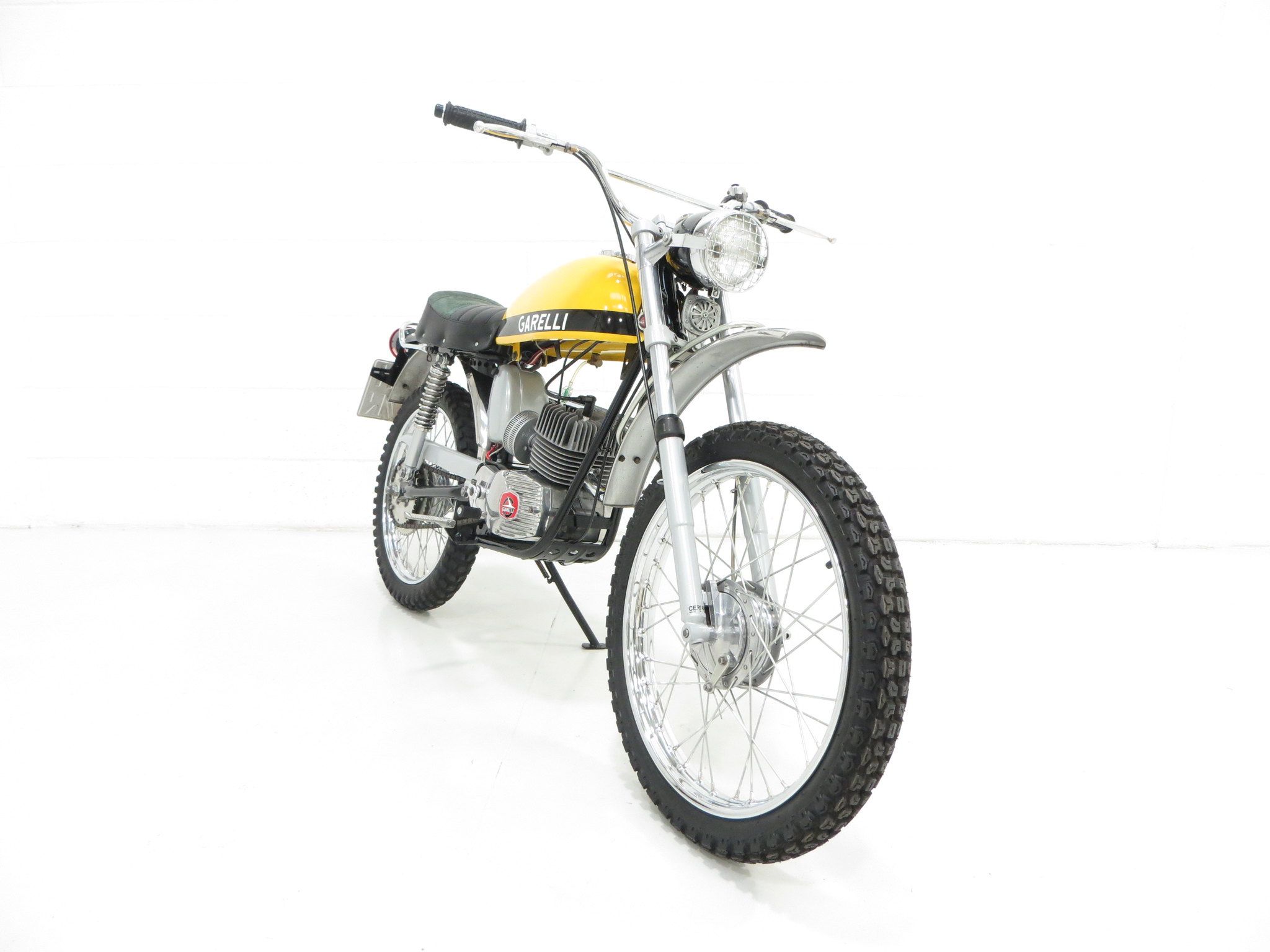 MODEL HISTORY
In 1912, Italian engineer Adalberto Garelli designed his own two-stroke engine and achieved national and international success. Garelli sports mopeds were imported into Britain by Agrati Sales (UK) Ltd and the first models were the Rekord and Tiger Cross being one of the fastest at the time reaching speeds of 60mph. Pioneer snowmobile maker, Bombardier of Quebec, Canada launched a series of mini-bikes and trailbikes as a first step into off road motorcycles to complement their huge Ski Doo market as a summer recreational product. The project only lasted one year due to legal wranglings making this Garelli example immensely rare.

EXTERIOR
Finished to an impeccable standard the light and sturdy double cradle tubular steel frame has been powder coated and the distinctive yellow and black Garelli fuel tank is unmarked. Pristine decals and bright chrome work make this iconic sports moped a real show winner and receipts from specialists S&T Electro Plate for vapour blasting and zinc plating helping to reveal the detail and expense lavished on this rare machine. The half suede seat to prevent slip with the distinctive Bombardier logo is stunning and the correct CEV headlamp with guard remains fitted. A real ‘sixteener special’.

ENGINE & TRANSMISSION
The Garelli two-stroke 49cc air cooled engine is quoted producing 6.5bhp and capable of speeds on the flat of 60mph making it one of the most powerful and fastest sports mopeds of its time. All components are fully detailed to show standard and the Dell’Orto carburettor with cold start plunger remains fitted. The bike employs a four speed foot change transmission by chain drive. Incredibly it is still furnished with two sprockets mounted side by side on the rear hub to provide a ‘street’ gear ratio and ‘trial’ gear ratio.

HISTORY FILE
A certificate in the history file from The Vintage Motor Cycle Club, (VMCC), Ltd indicates the year of manufacture of this example being 1971. It was one of the first Garelli Tiger Junior Cross mopeds shipped out to Canada for Bombardier to work on and was purchased by a UK citizen living and working in Canada at the time. When returning to the UK in 1974 he decided to bring this special sports moped back with him. Owned subsequently by renowned enthusiasts with receipts in the history file revealing sums spent on this showpiece. Only now made available by the downsizing of current owners world class moped collection.