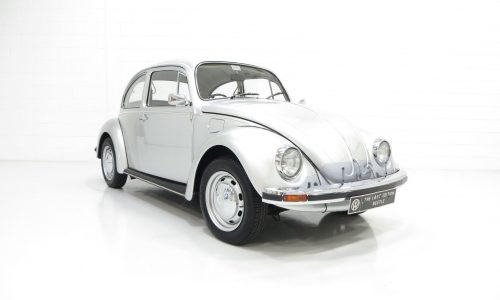 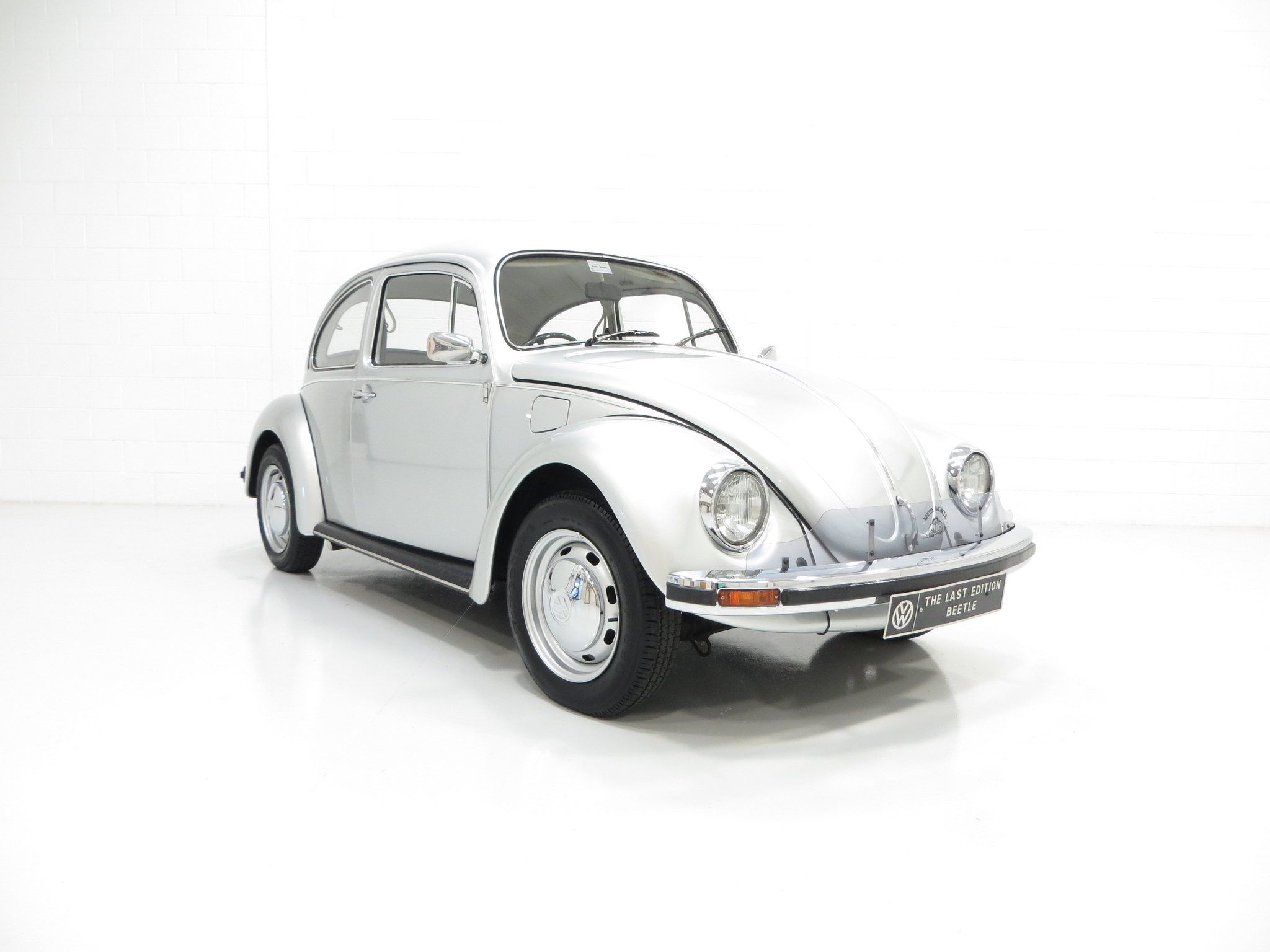 MODEL HISTORY
In the autumn of 1977, Volkswagen made the momentous decision to stop European production of the Beetle. As a result, Volkswagen UK chose to mark the occasion by ordering 300 of its quota of ’78 model Beetles in Diamond Silver Metallic, this being a colour not previously available on a UK Beetle. It then distributed them in very small numbers among each of the various UK-based dealerships.  Each distributed with a dashboard plaque inscribed ‘This is one of the last Volkswagen Beetles to be produced for the United Kingdom.’  Our car is 300 of 300 and the very last of the Last Edition Beetles to roll out of the Emden plant for the UK market.  Last Edition Beetle No.1 is owned by Volkswagen and is registered VWW1.

EXTERIOR
Finished in unique Last Edition Diamond Silver metallic paint (Code L97A), this historically important example looks stunning.  All the factory panels are original along with lighting, trim and glass.  The chrome bumpers have a mirror finish with only the faintest pitting to the door handles. A period Beetle Bouncer perspex stone guard is affixed to the front bumper and can be removed with no damage.  The underside is factory original and there is minor bubbling to the N/S/F headlamp cowl and two small areas along the seam of the same wing.  In the summer of 2003 the vehicle had tree sap damage and remedial paint work was carried out under insurance by Jenkins & Pain of Whitfield.  This is a stunning car and quite simply, irreplaceable.

INTERIOR
The Marine Blue velour seats front and rear have, until recently, been protected by seat covers which are still with the car so have survived very well.  The rubber flooring has, again, been protected by carpeting and reveals the owners awareness of preservation and protection of such a historical important car.  A very functional without being ornate interior is well made and all switches, lighting and instrumentation are operational.  The unique Last Edition plaque inscribed 300/300 is still in the presentation case and has never been attached the glovebox.  Very special.

HISTORY FILE
Truly captivating and most fitting for such a historically important vehicle.  In 1978 Guy Sinden, a Volkswagen (GB) Director is photographed handing over the keys of the last new Beetle made for Britain to Colin W. Cudlipp, the Chief Executive of BEN – (Motor and Allied Trades Benevolent Fund).   Substantial offers to buy this collectable vehicle were rejected by Volkswagen in favour of raising money for this charity as a first prize in a raffle.  The handover photo is included in the history file as are the black metal display plates made by VW and as seen in this early photo.  The raffle was won by a Yeovil couple, Ernest and Jean Rogers, which according to a newspaper cutting at the time ‘came as a real surprise’ as it was the first prize they had ever won!  Hailed as the Beetle bought for £1 it was kept by the couple unused and in careful storage until 1986 when it was advertised for sale in the May ’86 Thoroughbred & Classic Car magazine, of which a copy is included in the history file.  Spotted by VW enthusiast, Graham Bradley, a detailed account of his purchase and ownership is beautifully published in the April 2004 VW Motoring Magazine to which a copy is included in the history file.  Kept in his procession for some 25 years averaging 1,000 miles per annum and serviced annually with oil changes every 500 miles as witnessed by the huge collection of main dealer invoices in the history file.  During his use carpet mats and seat covers were used to protect the originals and these are removed but included in the sale.  Previous MOT history from the first in 1986 leave no doubt to the miles covered and a collection of tax discs stuck in date order are also included.  Sold to the final custodian, Mr Jenkins, having now covered just 28,116 miles from new who considers the vehicle to important to use hence the regretful sale.

An incredible box file of history which comprises of magazine features, photos, invoices and emails from the Last Edition Registrar stating ‘this is the highest chassis number that we know of!’