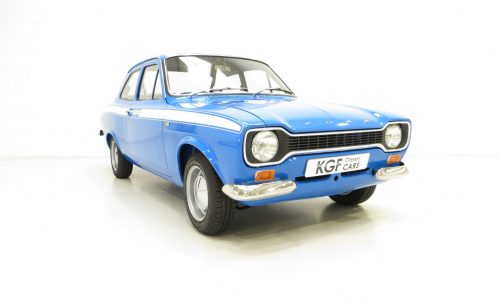 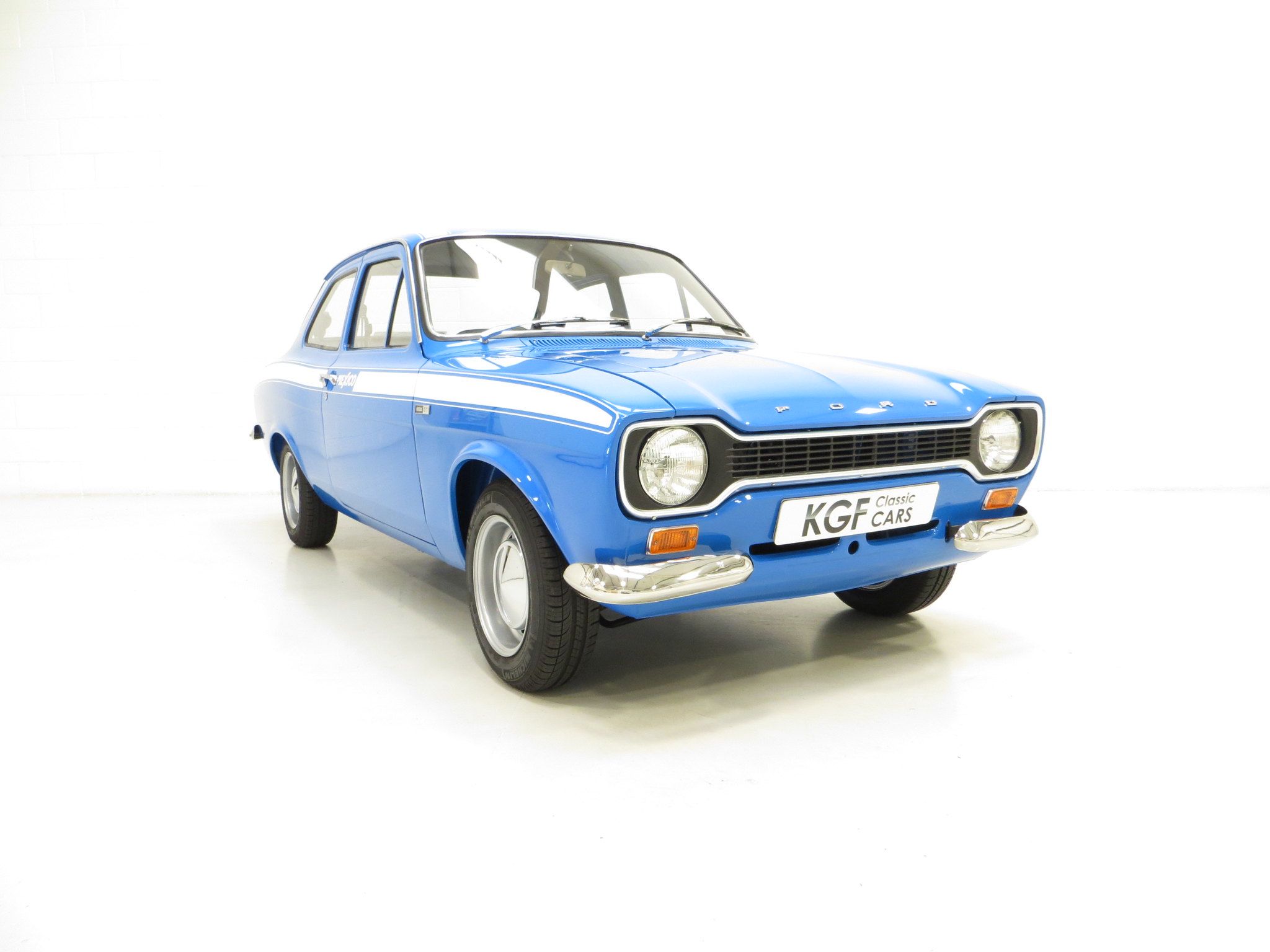 EXTERIOR
This outstanding enthusiast owned example is finished in desirable Electric/Monza Blue, (Code U), and the highly detailed finish to the paintwork is truly breath-taking.  The spotless underside enjoys the absence of underseal to showcase the incredibly straight and structurally perfect Type 49 shell with AVO workmanship laid bare for all to see.  Finishing second in Class Mexico at the Ford AVO Owners Club National Day in 2017 reveals the high standard this example enjoys.  Correct features such as the Lucus 75/50w 7in circular sealed beam headlight units only fitted to early cars and twin-wire Trico Speedblade wipers will please purists.  The white striped Mexico decals are perfect and in accordance with the stripes have the 1600GT wing badges and colour coded petrol cap. The front chrome quarter bumpers and correct straight rear bumper without the cutout is as new.   An extraordinary example in every respect and very special.

INTERIOR
The standard early Mexico had black PVC L-spec seats with vertical stitching, (Code AA), and the original factory seats in this car along with the rest of the interior is amazing.  The fully functional instrument cluster comprising of the 140mph speedometer and rev counter marked to 8000rpm is the correct type for an early Mexico along with the raised Ford oval badge on the passenger sill and the grey dipping rear view mirror.  As with the Twin Cam, RS1600 and pre-October 1972 Mexicos, the battery is in the pristine boot area with the original blue jack neatly wrapped in the hessian bag.  Factory correct and one for the perfectionist.

ENGINE & TRANSMISSION
This matching numbers 1599cc 4-cylinder Crossflow engine is remarkable in both its condition and factory originality.  Producing 86bhp, 0-60mph is 10.7 seconds and a top speed over 100mph is quoted.  It has the correct cast iron 711M cylinder block and the AC oval metal air cleaner housing is finished in the correct hammered silver colour as per early cars.  The combined brake/clutch reservoir attached to pre-October 1972 Mexicos still sits correctly on the upper bulkhead along with the off-white cheese wedge washer bottle.  The gearbox is a close-ratio all-synchromesh design with heavy-duty three-rail shift and remote-control leaver to ensure a positive change.

WHEELS, TYRES & BRAKES
Immaculate pressed steel wheels with chrome caps of 5.5x13in dimensions have the cooling slots only fitted to early Mexicos between June 1971 and September 1972 and are shod in new Michelin Energy 165/70 R13 tyres.  The Girling Powerstop AHV 550 Mk2A servo, also only fitted to the early cars, helps grip the 9.625in front discs and 9.00in rear drums to offer assured braking performance.

HISTORY FILE
Built at Fords Advanced Vehicle Operations facility in Aveley in October 1971 this vehicle incredibly has a fully traceable ownership history from new and throughout just three former keepers.  Supplied by Ford Main Dealers and Rallye Sport Centre, John Willment (Mitcham) Ltd, to a Mr Edward William Palmer on the 11th November 1971.  Mr Palmer cherished the vehicle until July 1989 before selling the car to Mr Mark Lawrence Dent for £1350.  A letter between the two owners is within the comprehensive history file.  Mr Dent again cherished the car until May 2008 before selling it to Mr Dean David Carey who sold the car in August 2009 to the final keeper, Glenn Gray.  Mr Gray, a knowledgeable Ford fanatic, decided to embark on a sympathetic restoration preserving all the correct components and entrusting industry experts such as Charlie Chisholm from CWC Restorations to carry out the work.  As a testament to the excellent standard this car is in, it was awarded second in Class Mexico at the 2017 Ford AVO Owners Club National Day.

The history file is phenomenal with virtually every MOT from new, all handbooks and even the original service book!  A substantial number of invoices and sales literature from new is included along with two sets of keys and even the metal key tag number.  A recent seven page feature in Retro Ford Magazine November 2017 is included.  This really is one of the best Ford Escort Mexicos in existence.