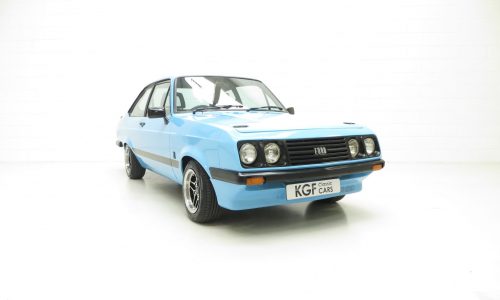 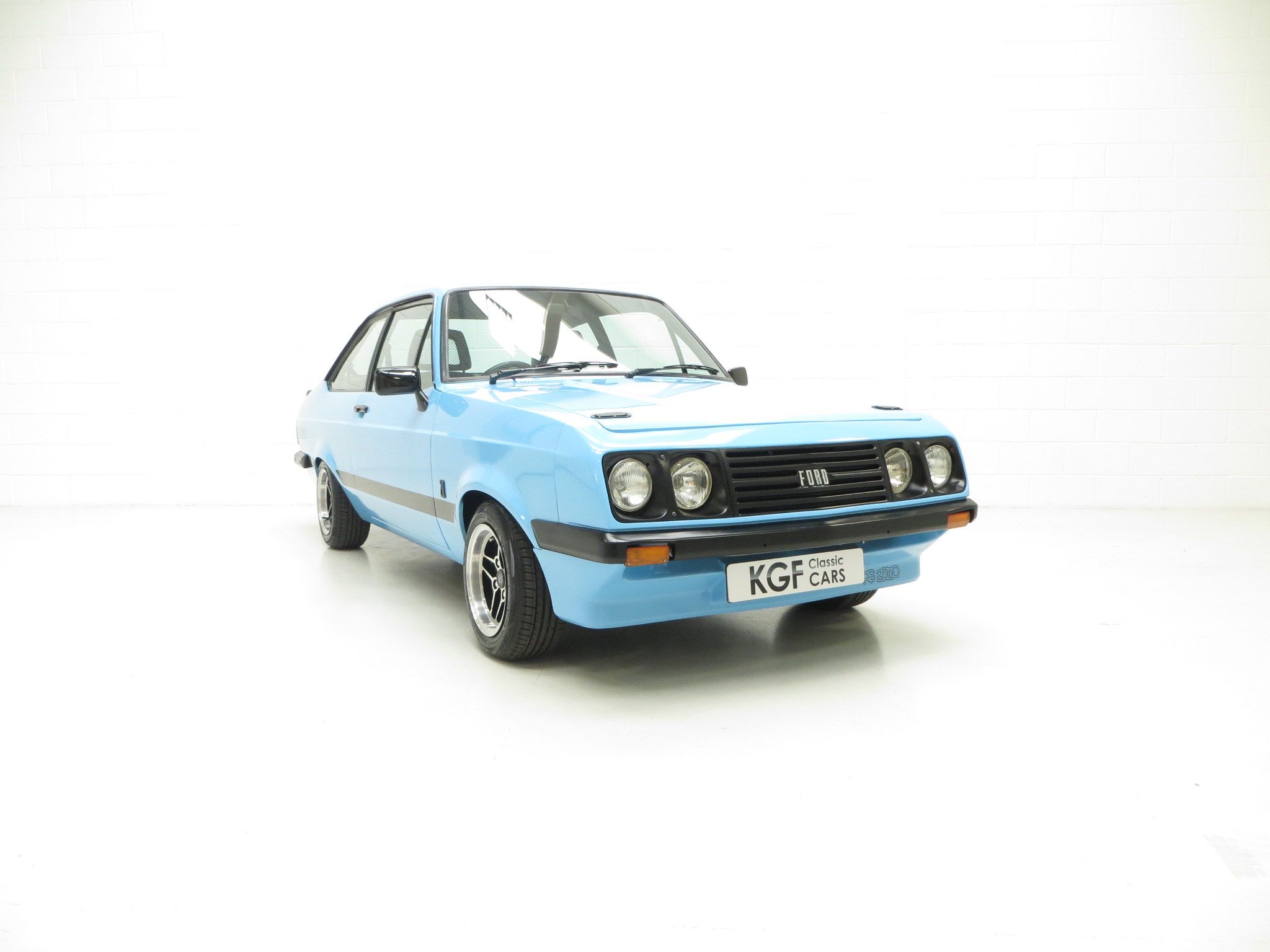 EXTERIOR
This very early April 1976 example represents an extremely rare car built prior to the introduction of the RS2000 Base and Custom variants.  Finished in Riviera Blue, (Code T), the vibrant paintwork is looks superb and all panels are straight and damage free.  There is a small crack to one nearside Cibie headlight lens.  A very presentable example with only minor insignificant blemishes, this is a great useable machine, ideal for anyone wishing to enjoy it as Ford intended!  Correct early RS2000 exterior features include the broad side stripe, ‘pre blue oval’ FORD lettering to the grille and boot lid and wing badges to denote 2.0 engine size.  This is classic Oldskool Ford motoring at its best!

INTERIOR
The condition of this RS2000 interior is excellent.  The early cars were fitted with equipment levels similar to that of the later Custom models, including full doors cards, black headlining, tinted glass, Ford analogue clock and glovebox.  The reworked interior whilst not entirely accurate to the Broadstripe specification is clean and the Recaro fishnet seats are in excellent order.  Slight wear to the driver’s foot well carpet is visible.  All functions and controls operate perfectly, including the lazy tachometer common place on Fords of the era!  A spotlessly clean boot displays hints to the professional modification upgrades undertaken with an Alimax fuel tank and heavy duty battery system.

ENGINE & TRANSMISSION
A reworked set up has retained the oldskool Ford credentials with the stronger 205 block Pinto engine and 2.1 big valve head.  Twin Dellorto carburettors, fast road cam, oil cooler and high output alternator allow for an improved estimated 145 bhp, whilst alterations including polybushed suspension, adjustable Spax shocks, World Cup cross member and anti-dive kit allow the power to be exploited in full.   The close ratio Type 9 gearbox is a widely accepted revision to classic fast Fords and a professional conversion has been carried out to offer real modern day usability.  This classic RS2000 goes just as good as it looks!

HISTORY FILE
Registered new on 1st April 1976 soon after the launch of the Mk2 RS2000 in the previous January, this early example was to become known as the ‘Broadstripe’ in recognition of the wide bodyside tape line.  Later RS2000’s were split into either Base or Custom models, all of which had a much thinner decal line to the side, amongst other alterations.  The earlier Broadstripe cars had as standard very similar equipment levels to the later Custom models.  This example, the feature of a Retro Ford magazine feature in 2006, had previously undergone a full restoration from the original Carnival Red RS2000 whereby a replacement body was utilised.  The history file is simply colossal with a huge collection of invoices and receipts from renowned classic and fast Ford specialists totally many thousands of pounds.  The restoration and modification is documented within the extensive paperwork and revisions are sympathetic to the original design and widely recognised within the Ford community.  With work undertaken by knowledgeable specialists, this example performs every inch as its tremendous looks would suggest.  Appealing to the wider community of Ford fans who, perhaps rather than hold emphasis upon complete accuracy, simply wish to enjoy exhilarating drives, fantastic usability and the spirit of the legendary Escort RS2000 with ‘thumbs up’ acknowledgement on every outing.