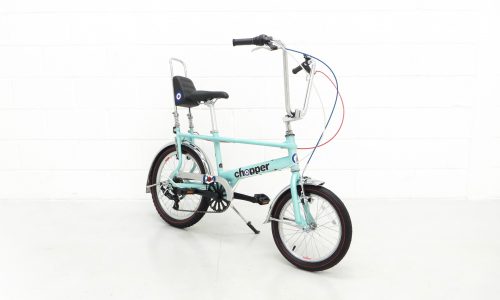 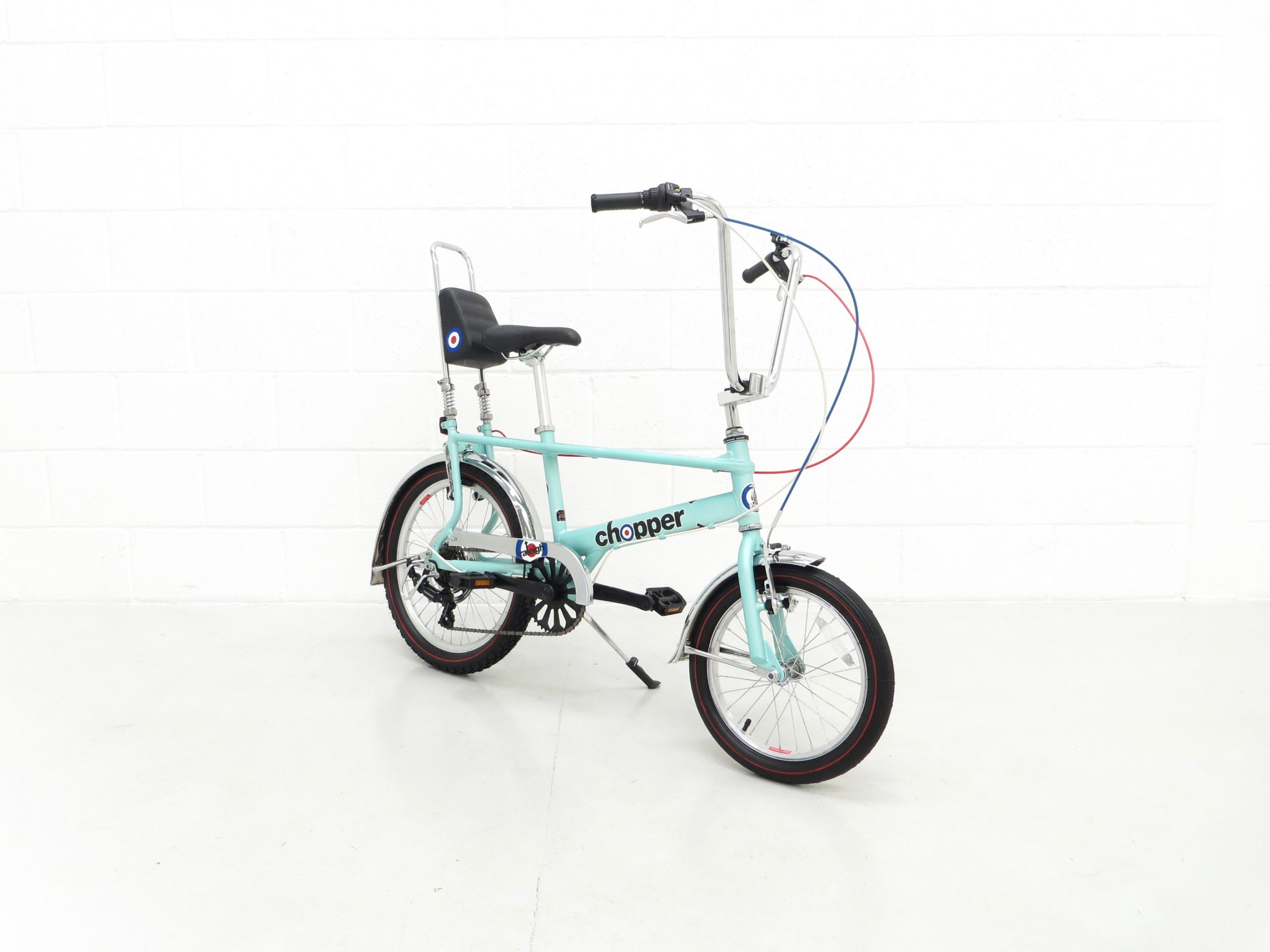 HISTORY
The Raleigh Chopper, although an icon of the 1970’s and where it saw the majority of its phenomenal success, was first launched in 1969 by the Raleigh Bicycle Company in Nottingham, England. The bikes design was influenced by dragsters, chopped motorcycles and beach buggies and it quickly became a cultural icon, especially among young people. Throughout the evolution of the Chopper from the Mark 1 to the Mark 5, the essence of the design has changed very little, but certain safety flaws linked to the Mark 1 and 2 had to be overcome following negative press in the 1970’s where it was in some cases labelled as a dangerous toy! These included the tendency for the bike to perform involuntary ‘wheelies’ particularly when giving a friend a ‘backie’ on the long padded high-back seat and also the groin catching T-Bar frame mounted gear lever. Thankfully after an absence of almost 25 years the Chopper was relaunched with a more conventional seat to deter the offering of ‘backies’ and re-siting of the gear lever to the handlebar, a more personal equipment friendly location! Whilst the original Choppers have gained highly collectable status and soaring prices, the limited-edition releases are extremely sought after among collectors.

DESCRIPTION
Fully assembled but never ridden, this very rare official UK Raleigh Mod Chopper Limited Edition represents a perfect collector’s item for Chopper fans all over the world. The Blue Matt finish to the frame is pristine and all Mod decals are as new. The explosion of the Mod subculture in the 1960’s and 70’s is perfectly reflected in this limited-edition Chopper with Roundel Target decals which were popularised largely by rock band The Who. The Roundel Target red, white and blue colours have been used on the brake/gear cable sheaths. Impossible to source and very expensive period Chopper tyres with the red pinstriping are fitted and are deliciously retro! Commensurate with the bike’s unridden credentials, this Raleigh Mod Chopper Limited Edition is in amazing order with only slight damage to the lower rear mudguard worthy of mention. What better to show your allegiance to the Mod cause, than a Mod emblazoned Raleigh Chopper!

FUNCTIONALITY
Modern specification separates this Chopper from its earlier Mark 1 and 2 brethren with 6-speed Shimano Revoshift derailleur gears controlled by a grip shift, aluminium V-brakes
and aluminium rims. Whilst unused the bike has been fully built to be ridden, should the purchaser require, by the current owner who is proprietor of an established cycle repair shop. He has amassed a very rare collection of mainly Raleigh Chopper’s and Raleigh BMX Burner’s based on his experience of working in the industry for over 40 years. The handbook and owners guide along with the Raleigh multi-hex spanner and Allan key are present.

Celebrating the famous Chopper phenomenon that singlehandedly saved a struggling Raleigh in the 1970’s, this Mod Chopper Limited Edition is one of only 1 of 500 made and is very highly prized.