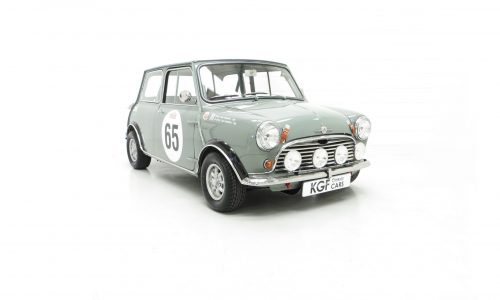 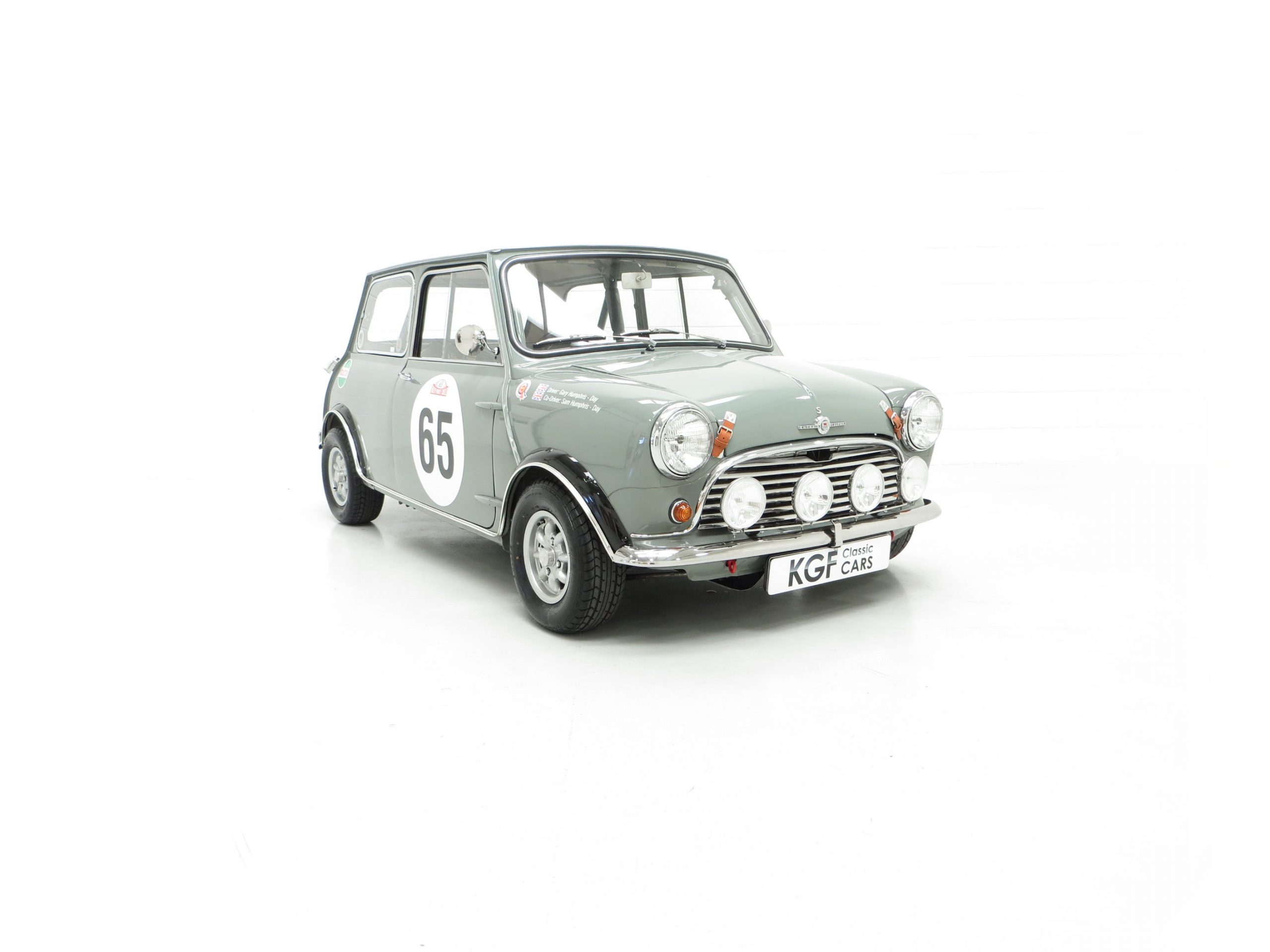 MODEL HISTORY
The Cooper was introduced as a high performance model in October 1961. The Cooper name came from racing car constructor John Cooper, well respected in tuning the BMC A-series engine. The 970cc Cooper S was the lowest production British-built Cooper S, and was manufactured alongside both the 1071cc and 1275cc Cooper S at the Longbridge plant in the UK. It was produced for a 10 month period and was a special-order homologation derivative produced by BMC to allow the Cooper S to compete in Group 1 racing events. Although the performance of the 970cc Cooper S is inferior to the later 1275cc models, the rarity of this model and its ability to race in the under 1000cc racing class make it very collectable. It is stated that just 963 units were made of which 482 were Morris derivatives. (Source: Factory Orginal Mini Mk1 & Mk2 by James Taylor and the classicregister.com)

EXTERIOR
A rare homologation derivative produced by BMC this example is correct to the British Motor Industry Heritage Trust production record finished in Tweed Grey with Old English White Roof. Excellent chrome with the grille having the seven chrome-plated angled slats. The front bumper has been replaced and houses four halogen driving lamps and the rear has the correct tubular extensions. The tail light lenses have separate amber and red lens pieces unlike later one piece items and Lucus headlamps are fitted. The original badges are in excellent condition and are correctly fitted. Removable decals are fitted and can be replaced with the new owners name if required. The underside is structurally perfect and very clean but make no mistake, this example has been and can be, driven hard!

INTERIOR
Truly amazing with uprated Newton Commercial bucket seats in the correct colour of Dove Grey/Dark Grey, (the original seats are also included) and fully updated to a ‘works’ spec with rev counter and panel, including passenger retro trip, expensive Herwins stop watches and map lights. The Cumulus Grey carpeting is immaculate and the door panels and roof lining is extremely clean. All gauges function including the 120mph speedometer. Colour coded Safety Devices bolted in cage with removable sections as required by the FIA supplement other period accessories such as the Moto-Lita steering wheel, (original included), and all offer an amazing Mini experience. The boot area very clean fitted with the optional second fuel tank, spare wheel and jack.

ENGINE & TRANSMISSION
This matching numbers vehicle has engine number 9F-SA-X/29746 and works carried out by AMAC Engineering are recorded amounting to £5443 to include items such as; balanced crank assembly, machined pistons, oil cooler, 649 cam with lightened flywheel and rebuilt radiator with high performance core. The quoted 65bhp is pessimistic with this free revving engine. Fitted with a 3-synchro gearbox (synchromesh on gears 2 – 4) the 22G333 unit has been rebuilt and performs very well. The engine bay is very clean for bonnet-up showing and creating a ‘wow’ factor.

WHEELS, TYRES,& BRAKES
A full set of Minilite alloy wheels shod in Falken 165/70 R10 tyres are supplemented by the original pressed 4.5 inch Cooper ‘S’ steel wheels finished in Old English White. Disc brakes to the front and drums to the rear have a vacuum servo assisted brake power booster and bring the car to an assured halt.

HISTORY FILE
This Morris Mini Cooper S Mk1 970cc has traceable history from new with just seven owners in 55 years! Built on the 23rd November 1964 and supplied by Henleys Limited, Derngate, Northampton to Mr Anthony Benns on the 7th January 1965. The original registration number was DXD780C before 36KAA was assigned by the third owner Mr Kevin Anstey in 1979. On his sale in 1992 the original plate was unavailable and the current age related plate has remained assigned. Enthusiast owned throughout this example remains true to the factory build with subtle period modifications carried out by long-term custodian Paul Hindle since 2002 to FIA Class CCT11 Competition Touring Car. The FIA passport has now expired and the car used purely for recreational fun and shows. The current owner since November 2018, Mr Gary Humphris-Day, is downsizing his fabulous Mini collection allowing a lucky new owner to enjoy one of the rarest Mini Coopers ever made.